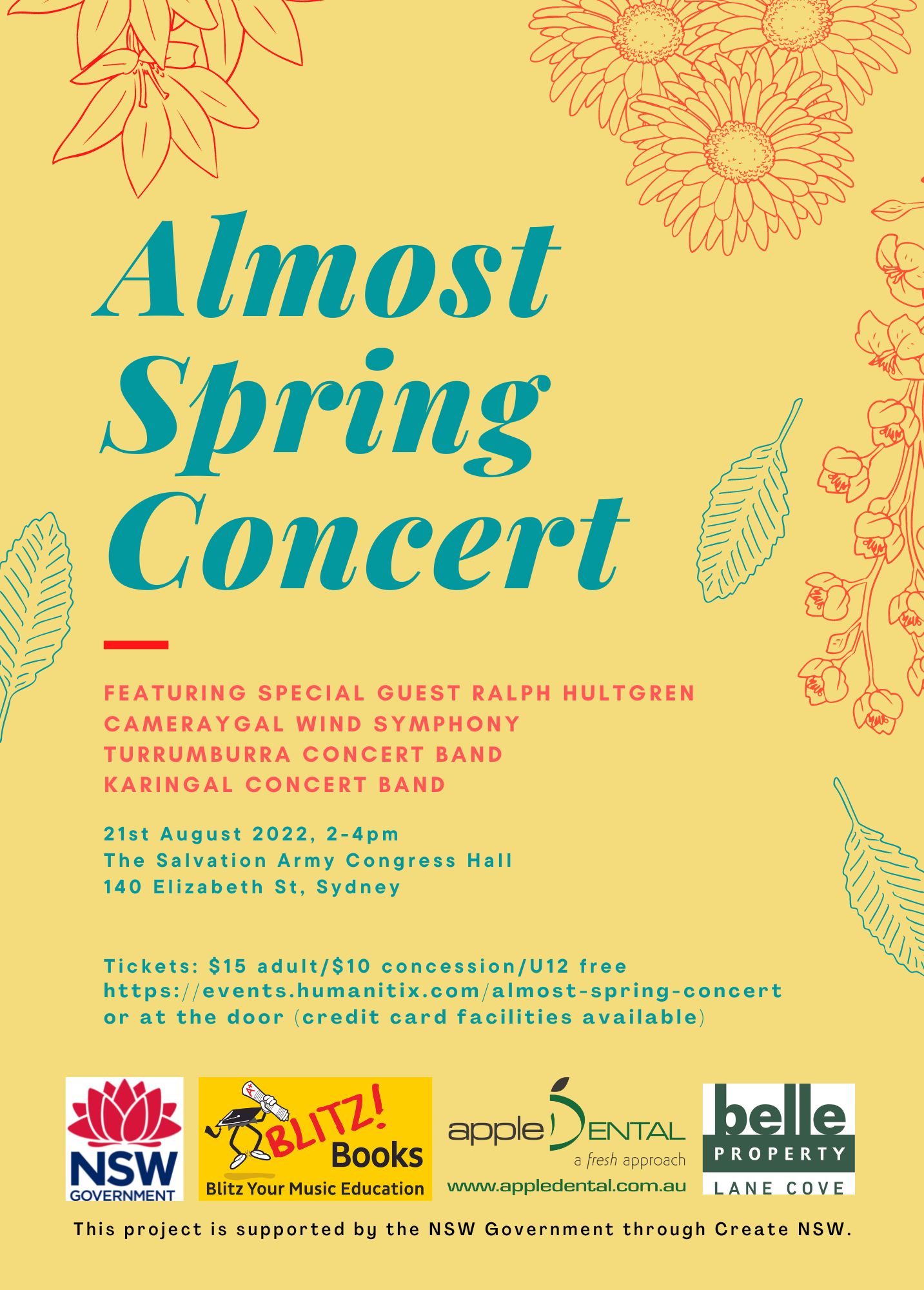 This is Lane Cove Concert Band's annual concert in which all three of our concert bands will be performing, including Cameraygal Wind Symphony, Turrumburra Concert Band and Karingal Concert Band. This year we will be joined by esteemed composer and conductor Dr Ralph Hultgren who will be conducting each band as they play his own […]