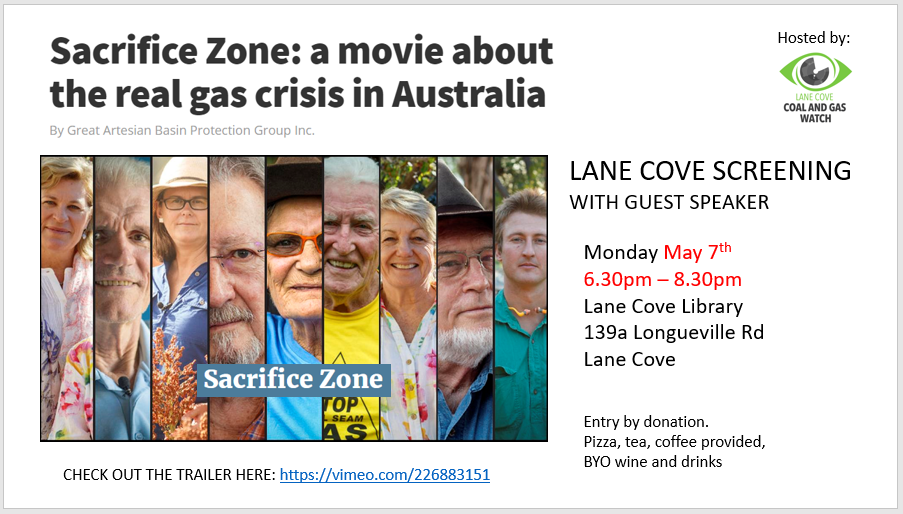 A movie about the real gas crisis in Australia. Coal Seam Gas.

The backyard of New South Wales is facing its biggest threat yet – invasive gas fields. Betrayal by governments has meant protectors are fighting to save the things they love. The Pilliga, Great Artesian Basin, Liverpool Plains – all are at risk.

This is a David and Goliath battle to save our land, air and water from destruction. It’s also a fight for the soul and future of Australia. In this film we meet the experts and people living in the sacrifice zone and uncover the truth behind the real gas crisis confronting ordinary Australians.