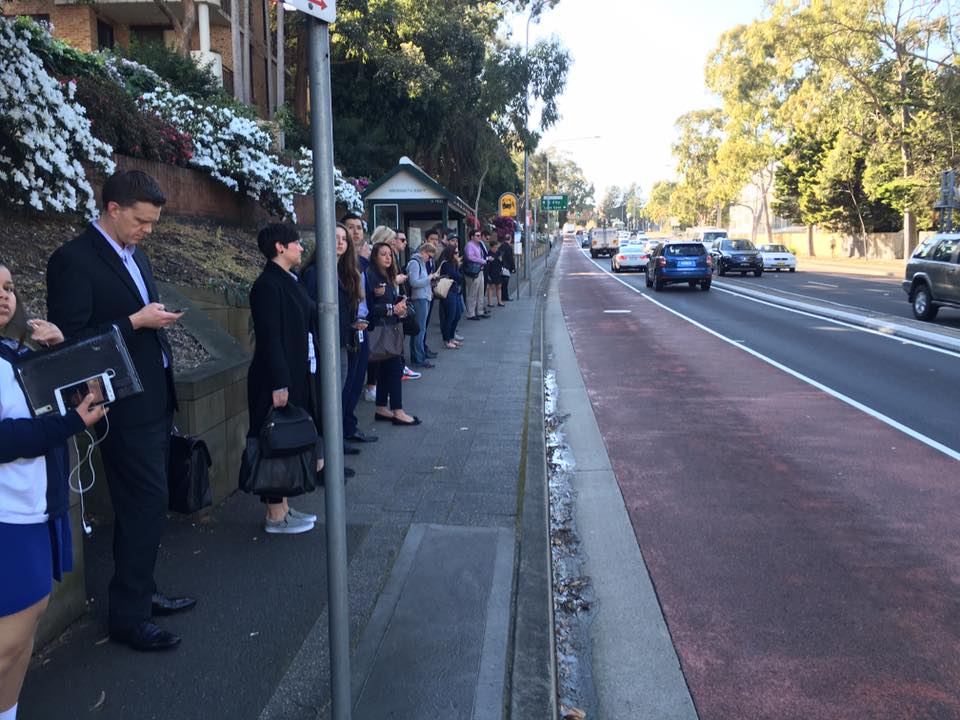 Encasa opened on Tuesday and the feedback is very positive. 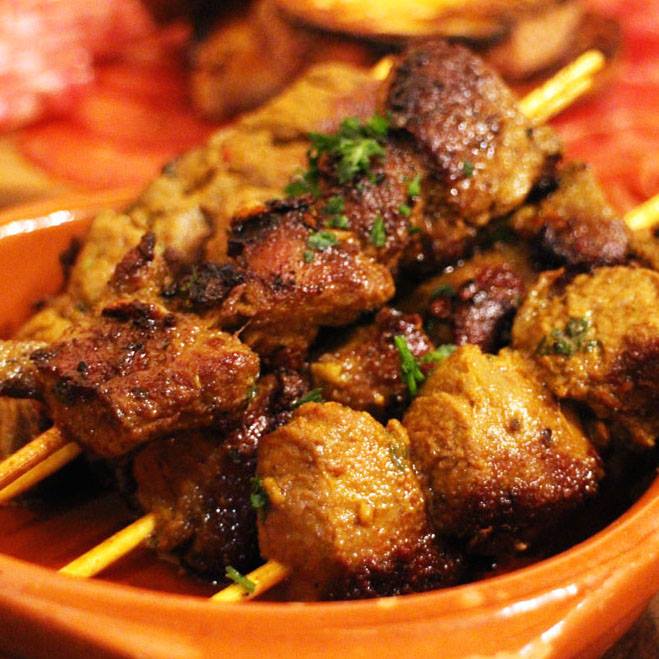 Artisan Brooklyn opened this week. The feedback about the deli and the meats has been great. Nice to see that they have made a big effort to employ Lane Covians. Here are Aaron, Heather and Lexi on opening day.

Finally, there is some action on the building site on Longueville Road, up from St Michael’s School! This site has been vacant and a big hole (that sometimes looks like a swimming pool) for years.

Speaking of construction a new 130 bed aged residential care facility is planned for Longueville and Northwood Roads – you can find out more here.

Antonio, and his father before him, have been selling flowers on Burns Bay Road near Linley Point for over 40 years. In recent months, Lane Cove Council have issued notices to Antonio that he can no longer sell his flowers from this location. The local community has rallied in support of Antonio and his ongoing service to the community, and over the past few weeks, we have obtained over 600 signatures of support in a petition to allow Antonio to continue operating from the site. Those who have bought flowers from Antonio would know that he is an absolute gentleman, and he is dedicated to providing a reliable and quality service to the community, who have embraced him for so many years. He’s there rain, hail or shine selling the flowers he has grown.

This matter has been included in the agenda for the next Council meeting, to be held at 7.00pm on Monday 19 September in the Lane Cove Council Chambers. It’s time that we as a community stand up to Council and support Antonio. If you are available to support Antonio on Monday, please come to the meeting. The more support the better. It’s time we now support a man who has supported our community over so many years. If you can’t make the night here is the link to the online petition
https://www.change.org/p/dhutchens-lanecove-nsw-gov-au-save-antonio?recruiter=58221131&utm_source=share_for_starters&utm_medium=copyLink 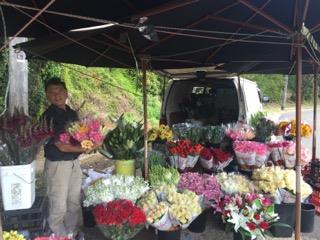 The first few weeks of the new timetables and bus routes have seen large queues at the different stops along Epping Road. Let us know your average waiting time. Of course the major drama this week, was the bus fire on the Sydney Harbour Bridge (it took people about 11/2 hours to get home that night). 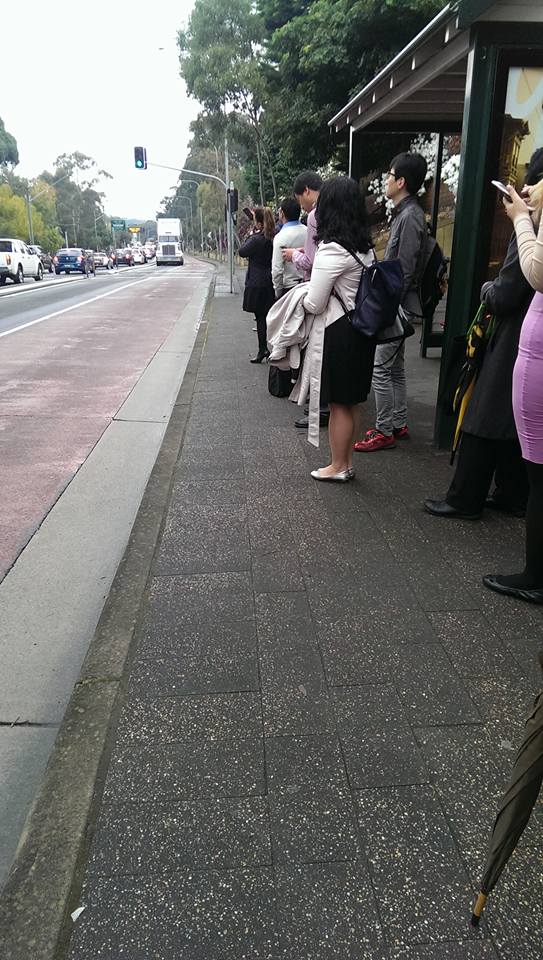 According to a Channel Seven news report, you have a 50% chance of not being booked if Police find you in possession of Cannabis in Lane Cove.

Break and Enters in the local area this week:-

*Gordon Crescent, LANE COVE NORTH
Between 6:00pm on Monday 12th September and 10:30am on Tuesday

Go the Swans and GWS

How exciting that two Sydney teams are still in the AFL finals. Last night ITC saw several Lane Covians cheering on the Swans. We saw Mark from Apple Dental enjoying the night. One of ITC friends runs a fabulous personalisation company and Mark received a personalised footy from them and he loved it. You can order one by hitting this link http://smarturl.it/identitydirectbuynow 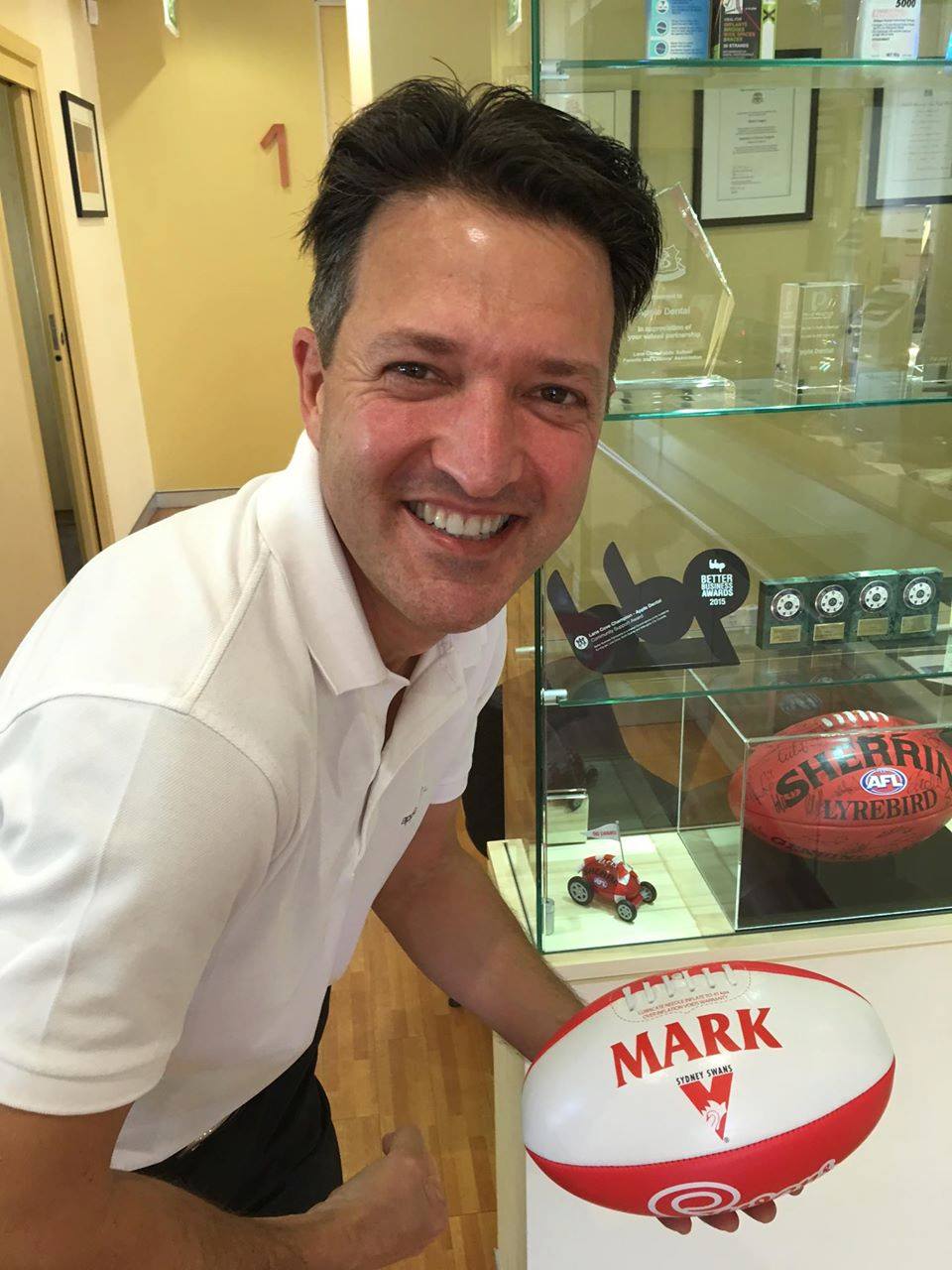