Lane Cove Locals, Lindsay May and his two sons David and Andrew are raising funds for the Salvation Army by walking the Kokoda Track. Before Lindsay sold his business, the Salvation Army were his clients.  Lindsay May is also a Rotarian and over the years he and his sons have all been involved in collecting and co-ordinating for The Red Shield Appeal in the Lane Cove area. 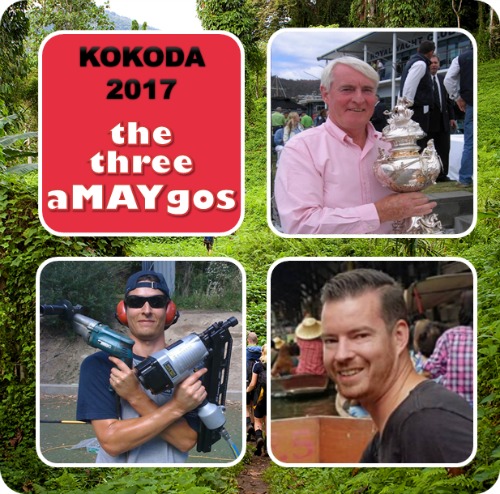 The Salvation Army and the Kokoda Track are intrinsically related.  The Salvation Army was present during the Kokoda campaign providing relief and support to ANZACs on the front line and for the 75th anniversary of the campaign, they have organized this Trek to be on the trail for Anzac Day as well as passing through many of the significant battle sites.  Whilst the Trek was officially released to the public in May last year, given Lindsay’s long term involvement he was asked to be involved from as early as March 2016. It was almost an instant decision for the May boys to sign on as this was on all of their bucket lists.  It was a great chance for the May family, to catch up, a great goal to focus on to get fit and no better time to do it than to support The Salvos who dedicate themselves to supporting others.

It will take 10 days to traverse the track and a ceremony will be held on Anzac Day.  It’s still a grueling track with over 10,000m of altitude changes and ranges from 300m to 2190m above sea level. The track itself is muddy and steep and includes log bridge crossings, creek crossings, steep climbs and descents whilst being in a high humidity and heavy rain area.

Andrew is currently living overseas and his training has centered around Thailand and the ASEAN region.  He has been working on building cardio fitness in the heat but also trekking in the Thai jungles to get used to carrying equipment and breaking in everything that will be used on the trek.  David and Lindsay have undertaken some treks around Sydney including the Blue Mountains and Middle Head and Lindsay can often be spotted in the mornings trudging around Lane Cove seeking out staircases to walk up and down with his pack on!

They call themselves the Three aMAYgos and they have already raised a massive $10 000 and they are on their way to $20 000.  You can help them reach their goal by making a donation.   Just hit this link and you will be taken to their fundraising page. 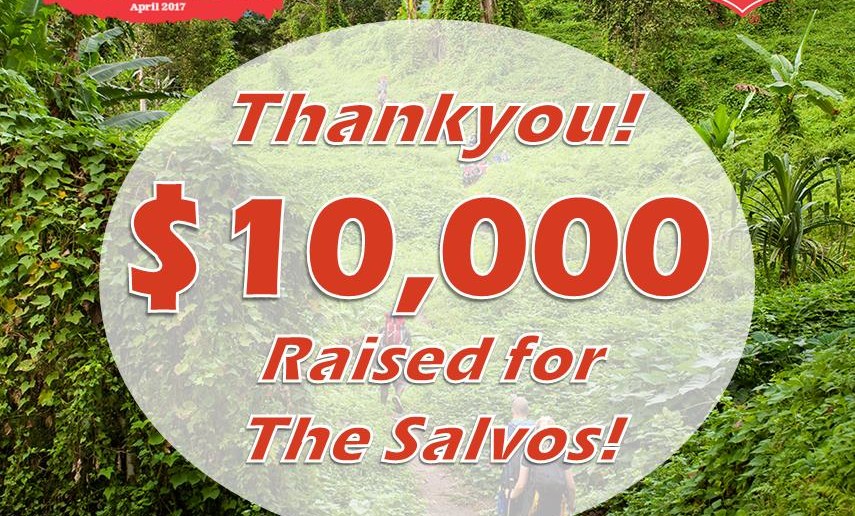 For anyone interested in further information on the Kokoda Track, Andrew May highly recommends The Field Guide to the Kokoda Track written by Bill James (also a Lane Cove local!). When Bill James first walked the Kokoda Track in 1999, he was amazed at how little information about the locality of the sites was available to trekkers. He decided to write a book about the Track. The Mays all have a copy of this book to familiarize them with what’s ahead and learn about the sacrifice of those that were there during the campaign.

Well done Three aMaygos and we wish you luck in your fundraising efforts and walking the Kokoda Track.