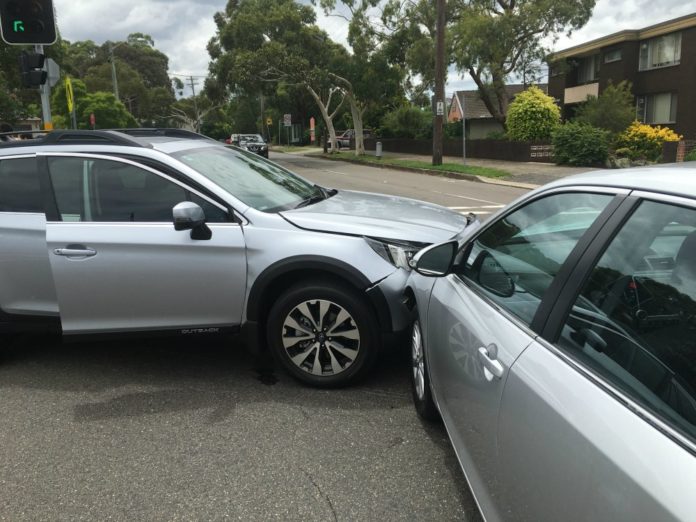 NSW Roads and Maritime Service are misleading the Lane Cove public.  In the Cove asked the RMS to advise the steps they are taking to fix up the dangerous intersection at Longueville Road, Kenneth Street and River Road West (aka the Diddy intersection), their response was misleading.

The response  from an RMS Media Spokesperson was:

Roads and Maritime Services is seeking funding for proposed improvements to traffic lights at the intersection of River, Northwood and Longueville roads at Northwood and is continuing to work closely with Lane Cove Council. (ITC emphasis)  14 Feb 2018

RMS Response to ITC in October 2017

Roads and Maritime Services is continuing to work closely with Lane Cove Council to develop a proposal to improve the visibility of the signals at the intersection of River Road, Northwood Road and Longueville Road at Northwood. The Community will be kept informed as plans progress.

The above might be seen as an improvement to the correspondence ITC previously received. 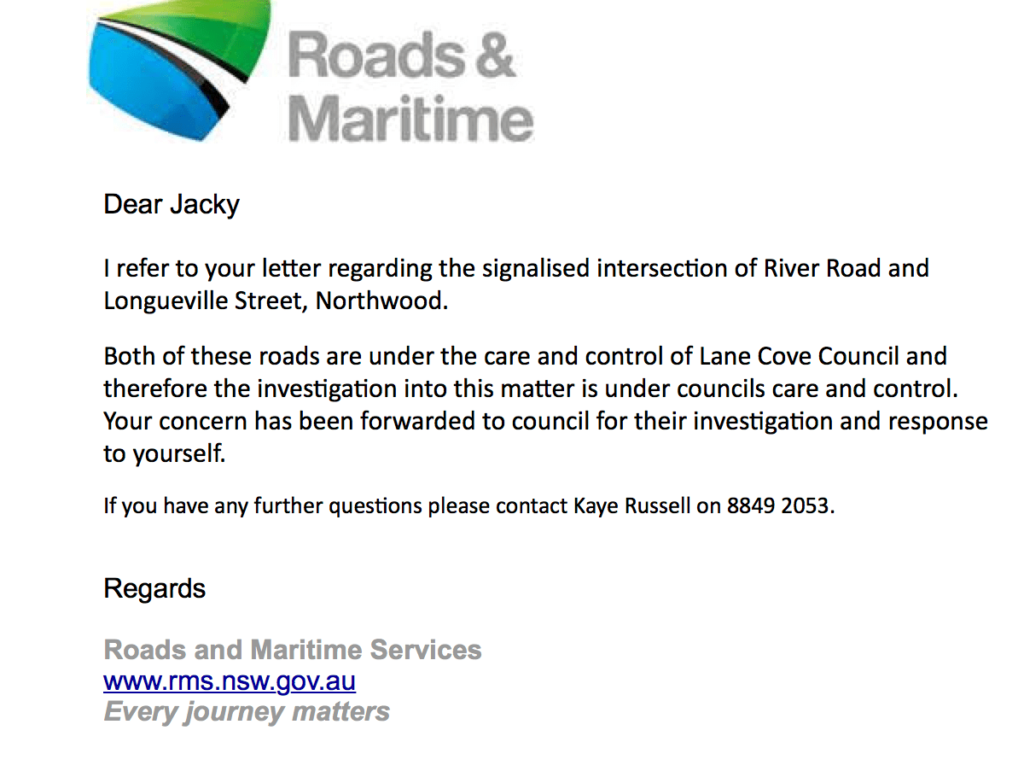 While Council is pleased that the RMS has committed to locating the funds for improvements to the intersection we are still awaiting clarification as to the exact improvements they intend to make and when this will take place. To reflect the sense of urgency around clarifying the work plans our Mayor wrote to RMS in November. Unfortunately, we are yet to receive a response to her letter. We are in regular communication with RMS to request details to help keep the community informed and look forward to working with them more closely when the project details are known.

The Lane Cove Council requested some action on this intersection in September 2016. 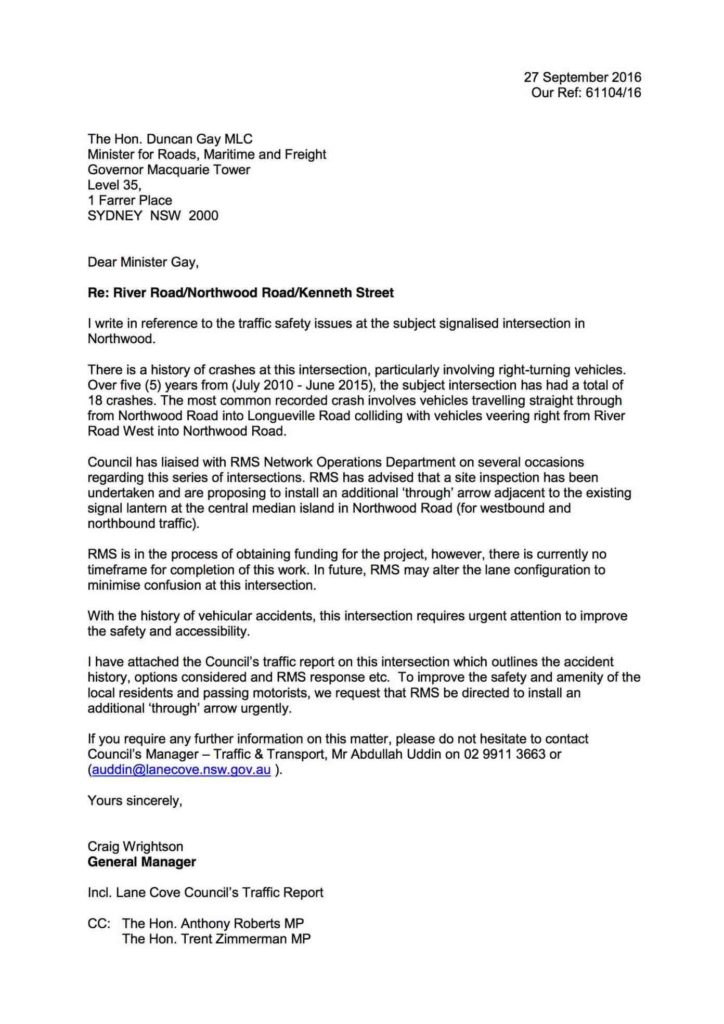 Why Are There So Many Accidents?

Simple – the red and green arrows on the same traffic light create confusion. This is what one Roving Reporter told us in February 2016.  (our cover photo shows the impact)

Last Thursday I was involved in a car accident at the Blaxlands Corner intersection (By the Longueville Sporting Club). I was heading east from River Road West proceeding through a green light when a car heading north to Longueville Rd came through the red light and collided with me. Fortunately, there were no injuries but both cars were badly damaged. The tow truck driver told me that he attended a similar accident only the previous Saturday.

The other driver said he mistook the green filter left arrow to proceed straight ahead. It appears this is a notoriously bad intersection. I’ve written to the RMS and Lane Cove Council asking them to look at how to make this safer. Have not had a response yet.

I’ve copied to you should you feel you need to alert the ITC community to be aware when going through there.

RMS needs to lift its game.

ITC asks again – does their need to be a fatality before the RMS takes steps to make this intersection safer?  This would be horrendous.

Please contact RMS here and request some action at this intersection.  You should also contact the Minister for Roads and Maritime, here. 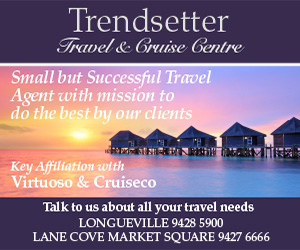