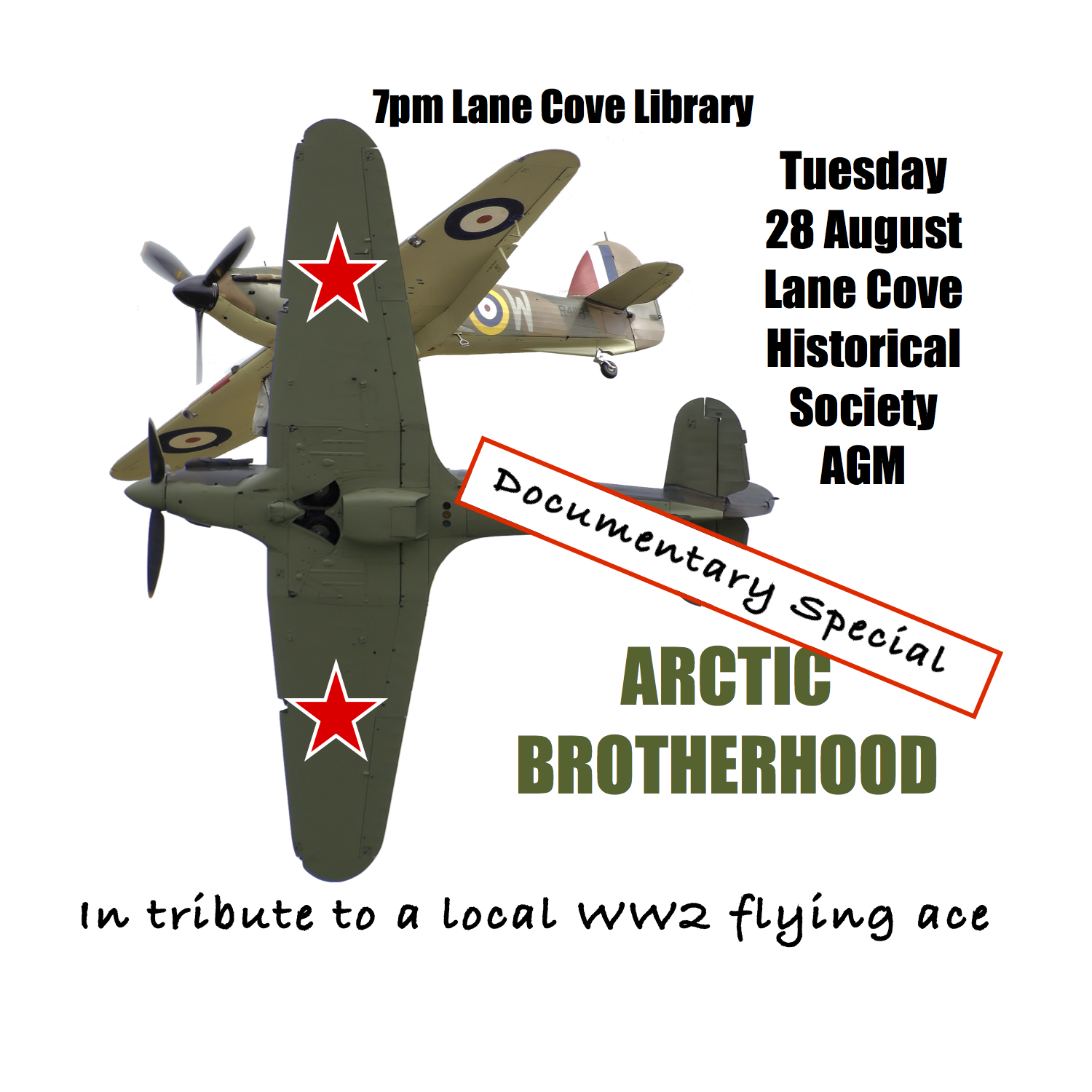 The Lane Cove Historical Society will be holding their AGM at their general meeting on Tuesday 28th August at 7 pm at Lane Cove Library. After the AGM there will be a screening of “Arctic Brotherhood”, a riveting and professional film documenting the story of Soviet and British aviators who jointly defended the Soviet Polar region using their Hawker Hurricane II aircraft. Come along and hear about how a Lane Cove local was part of this mission. Denis Smith will introduce the film and there will be discussion and supper afterward.