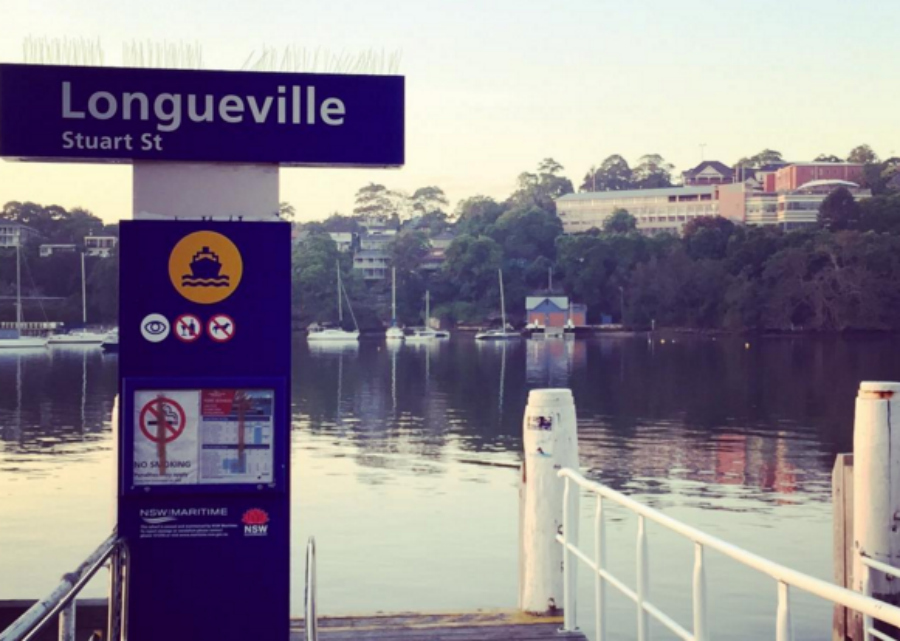 In June 2016, the NSW SES  launched new Tsunami Evacuation Maps. The maps cover the whole NSW coast and show those areas that lie under 10m above sea level, are 1km or less inland and are 10km up an estuary.
Areas of Lane Cove (including Northwood, Lane Cove West, Lane Cove, Longueville and other areas that border the Lane Cove River) are noted on the map as possible land-based tsunami areas.

Minister for Emergency Services David Elliott said the NSW SES is the combat agency for flood, storm and tsunami and the release of the mapping is part of its work to build preparedness and community resilience.

“Importantly, the maps show areas which would be evacuated and not areas which would definitely be inundated with water. Emergency workers will use these maps for further tsunami response planning,” Mr Elliott said.

Marine-threat tsunamis occur once about every six years, but are usually only dangerous to swimmers and boaters because of the dangerous currents. There is no record of a land-threat tsunami in Australia since European settlement.

NSW SES Acting Commissioner Greg Newton said a tsunami could be a series of waves caused by an earthquake, submarine eruptions or coastal landslides.

“If there is a threat of land inundation from a tsunami, move to higher ground at least ten meters above sea level or, if possible, one kilometer away from the coast and rivers. Be sure to listen to your local radio station for information, warnings and advice,”Acting Commissioner Newton said.

The online maps are available at www.tsunamisafe.com.au. You can enter your postcode to view the area where you live or work and explore other areas that would be evacuated on the NSW coast.
The Lane Cove Council areas are noted in red below: 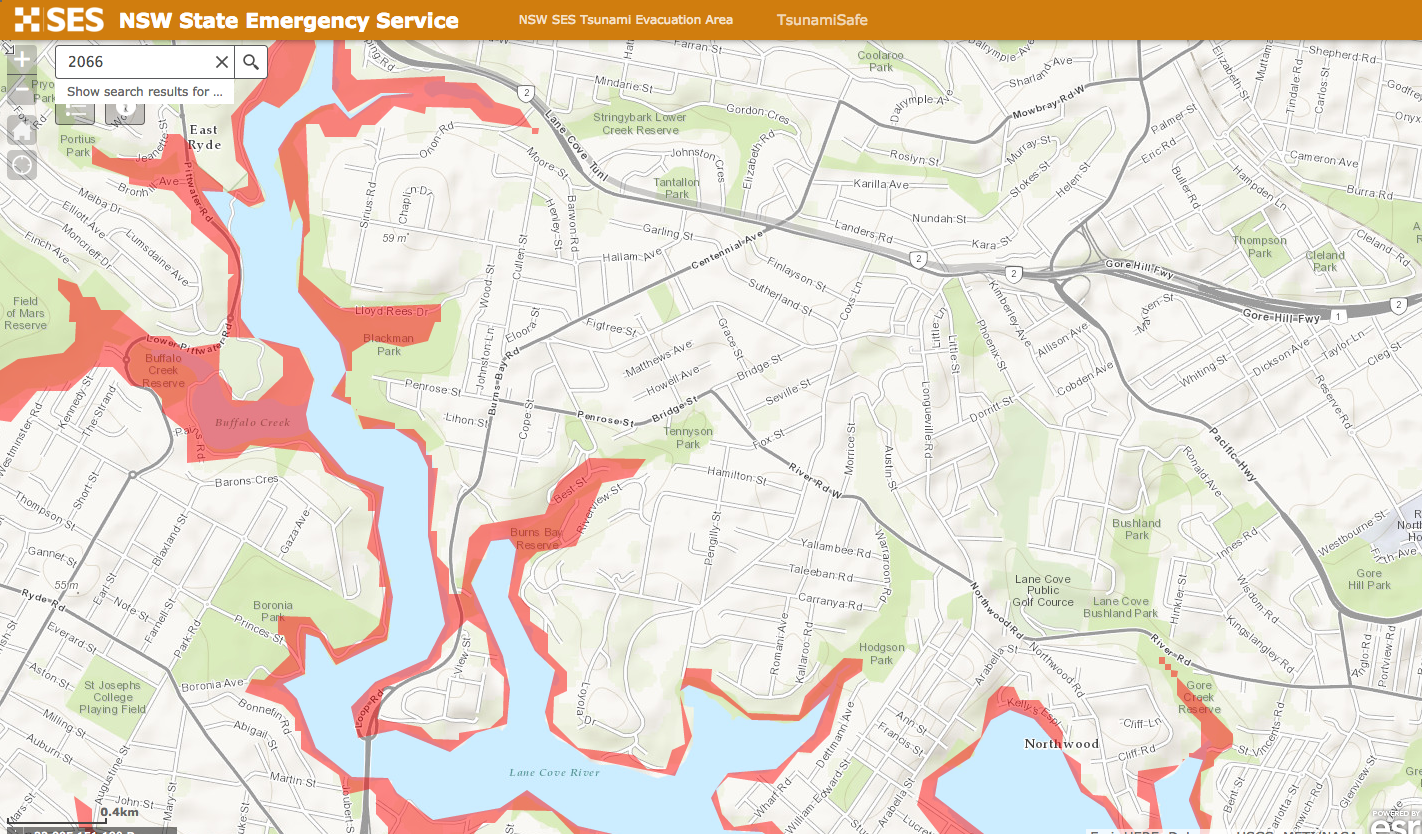 It is important to note that these maps are not inundation maps, and represent the areas considered most at risk from modelling of potential tsunami and effects observed elsewhere. The NSW SES is working on getting more data and refining maps to show potential inundation and evacuation routes in the future.

The NSW SES has also published a website called Tsunamisafe.  It includes safety and preparation advice