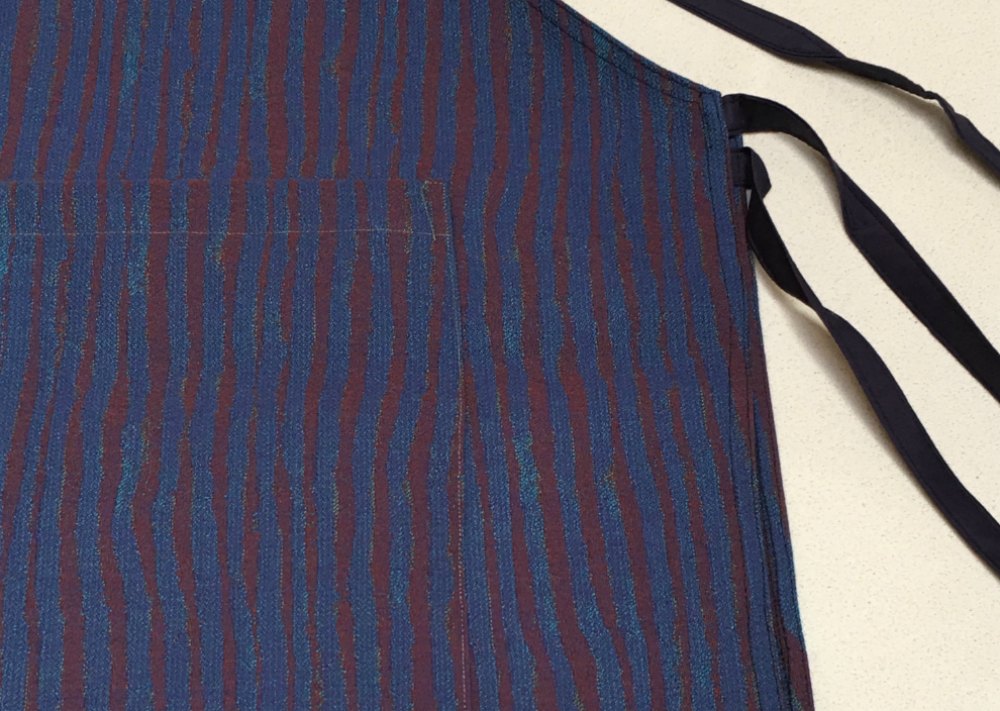 ITC recently had a bite to eat with the family at Nibu Café and we noticed that the Nibu Café team were all wearing some new aprons.  The material looked familiar but we could not place where we had seen the material.  The story behind the Nibu Café aprons is fascinating.

Nick (co-owner of Nibu Café) explained that one of his best friends is a director of Mercy Centre Australia.

MCA is the official “branch” or “child” charity in Australia for the parent charity known as The Human Development Foundation or “HDF Mercy Centre” in the slum of Klong Toey, Bangkok, Thailand. There is also a UK branch and USA branch. The mission of all branches is to enable their citizens to make tax-deductible donations to the HDF Mercy Centre

We asked one of the Directors John Golfin to tell us more about the charity and the aprons.

How Did You Get Involved with the Mercy Centre?

I got involved with Mercy in 2008 through QANTAS. A lady called Lucy Braoudakis married my best friend in High School – George Braoudakis. I just happened to be their best man! Lucy worked for QANTAS and was part of an in-house charity group called the “Qantas Cabin Crew Team” or QCCT which “discovered” the Mercy Centre in the slum of Klong Toey back in 2000 when they were on their rest rotation in Bangkok. Over the years more and more cabin and cockpit crew got involved, volunteering their time to look after the orphan children of Mercy and repair and maintain the grand old buildings they lived in. Eventually, I visited the centre in Klong Toey and met my sponsor kids and the charismatic Father Joe. In 2011, I was asked by one of the long-time directors of Mercy to create Mercy Centre Australia to enable QCCT members and new sponsors to make tax deductible contributions. Nine months later “Mercy Centre Australia” was born and launched by Fr Joe in Sydney in May 2013. In late 2014 we launched our website and in May 2017 honoured Father Joe’s 45 years in the slums with his second visit to Australia.

Why Did You Get Involved?

I got involved because I have no children of my own and decided to “adopt” the children of Mercy. I was involved in the World Vision Child Sponsorship Program but this gave me the opportunity to work directly with the children, visit the children and build a relationship with them. I was also very taken by Fr Joe. He is a modern day “male equivalent of Mother Theresa” and he is quite simply a living example of the powerful but humble “good” that exists inside every one of us.  Joseph H Maier was born in Longview, Washington state USA, on 31 October 1939. Joe enrolled in a Catholic Redemptorist seminary in California as a high school freshman and was assigned to Bangkok upon completion of his studies. Fr Joe first arrived in Thailand in 1967. He ministered in northern Isan and to the Hmong in Laos before settling permanently in Bangkok’s “slaughterhouse” slum, next to the Chao Phraya River in the Khlong Toei District in 1972. He has lived there ever since. The HDF Mercy Centre operates: a 400-pupil kindergarten, a home for street kids, a 250-bed home for mothers and children (many with HIV/AIDS), a 26-bed free HIV/AIDS hospice and a legal aid anti-trafficking unit. The HDF Mercy provides many programs/services including: sponsor-a-child / visit-a-child / volunteering, community health / outreach, fire/flood emergency assistance with home repair, mediation with community members / welfare organizations / housing authorities / governmental agencies and the Port Authority of Thailand. It is estimated that since 1973, The HDF Mercy Centre has helped over 70,000 children.

How Do You Know Nick Drinias (Nibu Cafe Co- Owner)?

Nick Drinias is a long-time childhood friend. His parents are from the same area of Greece as my own and we knew each other from our local Greek Orthodox Parish of St George in Rose Bay. Nick is the same age as my own brother Nick and spent more time with him but our paths always overlapped due to common parish and family friends. It was not until 1993 when the two Nick’s travelled 3 months through Europe with me that we really forged the tight friendship we have today. Nick was, of course, one of the first family and friends that I invited to join Mercy because of the ability to form a long-lasting and close bond with a child that you could visit and know that 100% of your contributions ended up with that child. This is possible because we have very low expenses that are covered by separate donors and they are all tax deductible.

Tell us About the First Class Aprons

The aprons are made from unused, spare Qantas 747 seat cloth by the house mothers of the children of Mercy. To me, they are the perfect symbol of the origins and special connection that QANTAS has with Mercy. they are also very very retro which makes them trendy and extremely popular. The material was donated by Chris Nassenstein, Head of QANTAS Engineering and so any money raised goes 100% to the children of Mercy. They can be purchased using our website or you can order them from Nick at Nibu Cafe.  The Apron are $40.00 each. You can buy them online and then pick them up from Nick.   Just make a one-off donation of $40 by clicking on this link and typing “APRON” for DONATION PURPOSE and “20” for Qty (Quantity) (you will only be paying for one apron but the system is set up for $2.00 donations). Add it to cart and then check out. If they are not already members they will be asked to register by completing the usual key details and then can use PayPal or Debit/Credit Card to purchase.

If you would like to help the Mercy Centre, grab a first class apron. 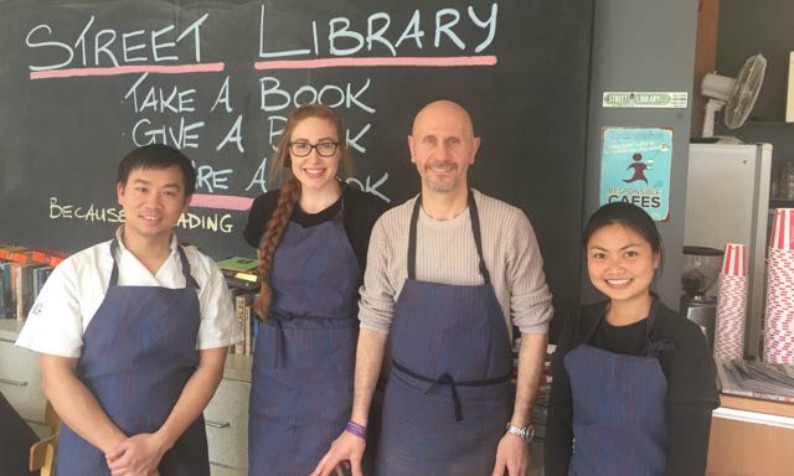 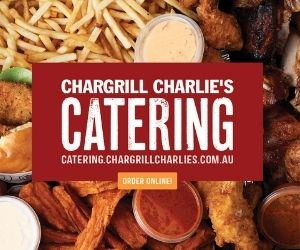