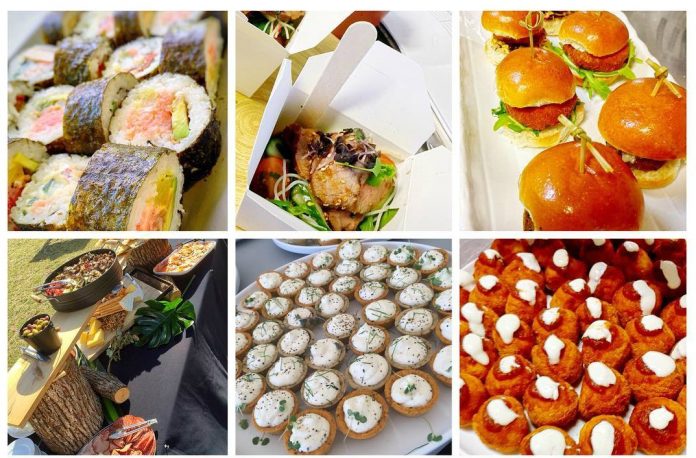 What do you do when you are asked to cater for a major event?  Gene from Jon Patrick Caterers tells us all about their Tropfest experience.

The red carpet has been rolled and the cameras are poised, the big screens are ready and sound checks complete. The bright pink roses are blooming and a heavy perfume hangs in the air. The marquees are up, bar fridges stocked and the G.H Mumm is on ice. As the media reps, the entourage, the PA’s, EA’s and agents arrive all seems set for the glitz and glamour of Australia’s largest short film festival and the strategically planned arrivals of Australian & International VIP’s and VVIP’s.
All is set of course except the kitchen which is still abuzz in a hive of activity as the Jon Patrick team prepare for one of the biggest events of the year, TropFest 2018, the largest internationally recognised short film festival (impressive right).
Six weeks before Tropfest, I was offered the position of Executive Chef.  The initial overwhelming excitement of having been asked to fill such an important role for an event such as this was equally balanced out by sheer petrification bought on by the magnitude of the event itself. 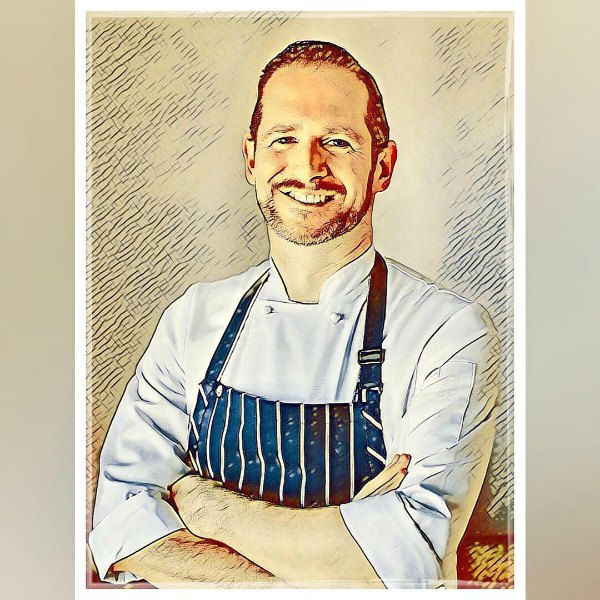 There were menus to be planned, tastings to be held, quantities to be calculated, orders to be placed, staff to be organised, site visits, platting arrangements and throw into the mix an overseas trip that would get me back into the country just two days before the event.
There was one tiny detail I’d forgotten to mention up until now, on the night we would be catering for 1,200 people (no typo, you read it right, makes sense why I was a somewhat perturbed right?).
1,200!
Everything I had done up until now was in preparation for an event such as this, a well publicised, high profile, celebrity-filled event that would push me outside my comfort zone and prove why I am right where I am, doing what I do (the Universe apparently knows exactly what it’s doing so we just have to trust and believe).
Two weeks prior to the event I held a private tasting for the client and were given the go-ahead for the proposed menu. From there on it was all systems go.

Liaising with our Events manager daily on email when wifi was available we managed most of the legwork while I was abroad. All that was left was a day and a half of frantic food preparation by myself and five other chefs. There is nothing like the comradery of a kitchen brigade with a deadline in sight.
There was risotto to made (normal and dietary), lamb shoulder and pumpkin to be roasted, arancini balls to be rolled and crumbed, sushi to be made, beetroot to be pureed, goats cheese to be whipped, vegetables to be chargrilled, meats to be marinated, breads to be toasted, muffins to be baked, sliders to be sliced, tarts piped, noodle boxes made, grazing tables decorated, wraps to be made, lunch boxes distributed and the list goes on.

So it would be fair to say that Saturday the 17th February arrived and we literally hit the ground running with three hours to the arrival of VIPs at the first of four events we were responsible for over the course of the evening. It would also be fair to say that despite the mammoth amount of work that was done the day before, finishing touches were being applied moments before the arrival of the first guests. The evening itself is a blur but I know I left later that evening with a massive smile on my face and sense of achievement and recognition.
Some may find this stressful (indeed at the onset I was mildly concerned) but when every detail has been mapped out and every member of the team knows their lines an event like this goes seamlessly and without (too many) hitches. There will always be changes that occur periodically (or in some cases frequently) that are unforeseeable but you deal with it. I was extremely fortunate to have my business partner Daniel by my side throughout the event (#thebrains) and a truly amazing brigade of chefs, constant communication with the events manager and freedom and trust to run with it.

I’m told by the organisers and event managers that it was a huge success, people loved the food, the quantity, the taste and the look, they were impressed by the service and execution and were extremely impressed by me and my team. For me it was walking amongst the guests and having people go out of their way to tell me the food was amazing, witnessing them taking photos and just watching them enjoy what they were eating. There is no greater confirmation of my talent and craft than the enjoyment of something I have created.
Jon Patrick may cater for 1200 people but they also cater for small groups as well.  If you have a function coming up – why not try Jon Patrick?
Lane Cove NSW 2066
0414 729 993
https://www.facebook.com/myfriendthechef/
jon-patrick.com.au

This is a sponsored post.  If you would like to talk to ITC about promoting your online business (must have a lane cove connection) please email us.