Local funnyman Simon Kennedy is at The Alcott tonight and the event is sold out.  Just goes to show we want live comedy events in Lane Cove.

Simon Kennedy is a busy man. He is in constant demand as a comedian for corporate events and the comedy circuit. He also keeps very busy as a voice-over artist (he has a studio at home) and writer for television, radio, and print.

Simon lives in Lane Cove with his partner and children. Some of you may have seen a local comedy gig Simon did a few years ago. He was incredibly insightful and nailed some local Lane Cove people (remember imitation is a form of flattery).

You can also see Simon as a regular guest host on Studio Ten. Simon also does some very good impersonations.  You may even see Donald Trump at the Alcott tonight or even Tony Abbott making a comeback (because nothing will keep him quiet).

Simon is looking forward to seeing locals tonight at the Alcott, he told ITC that given so many people know his wife, he might not be able to embellish his domestic life (which he only does for pure comedy gold).

When Tom Gleeson had the audacity to label Lane Cove as the most boring suburb in Sydney, Simon nailed the reason why Lane Cove is so exciting.  He told ITC that how can a suburb with two op shops be boring?  How can Lane Cove be boring when we have at least five thousand chemists and ninety six coffee shops?  As Simon said:

“That much caffeine and prescription drugs is a ready-made recipe for excitement.”

If you were lucky enough to get a ticket, then have fun.  The Alcott’s next comedy night is:

Dinner is available in the restaurant from 6pm. Show starts upstairs at 8pm.
Platters and Bar service will be available during the show.
Click here to book tickets 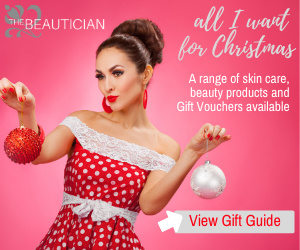 Lane Cove Dumping Getting Out of Hand

Lane Cove Dumping Getting Out of Hand