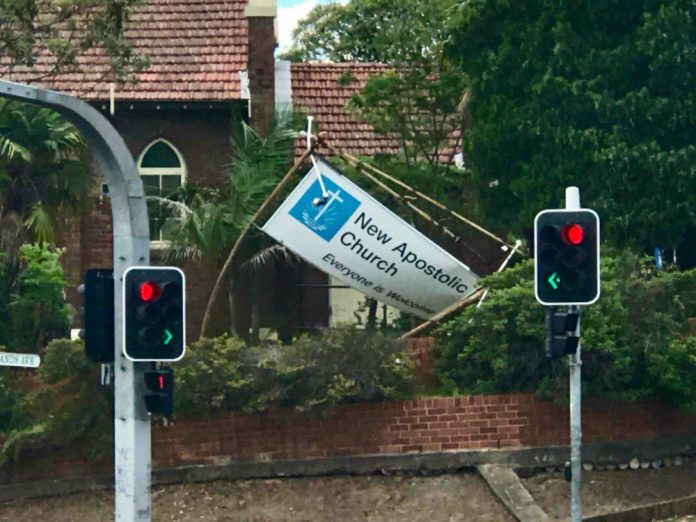 It was a windy windy week with numerous branches coming down across Lane Cove. 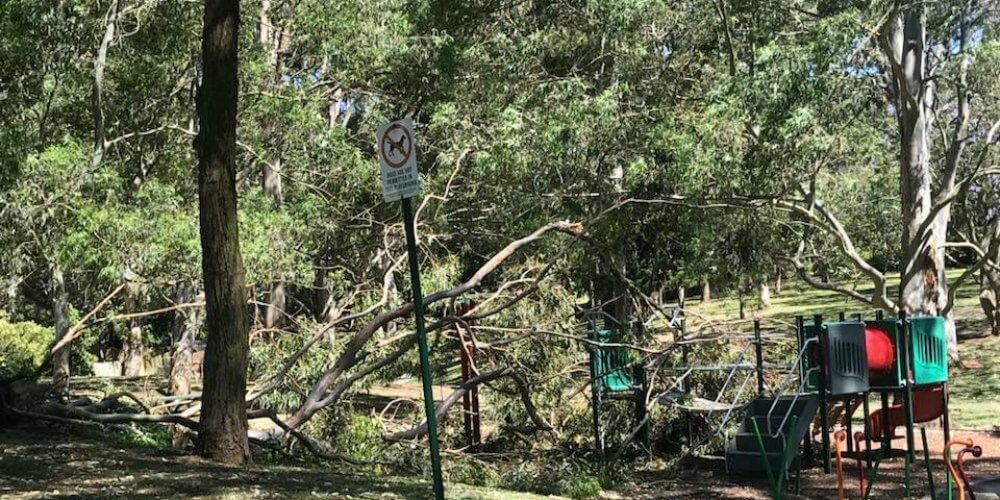 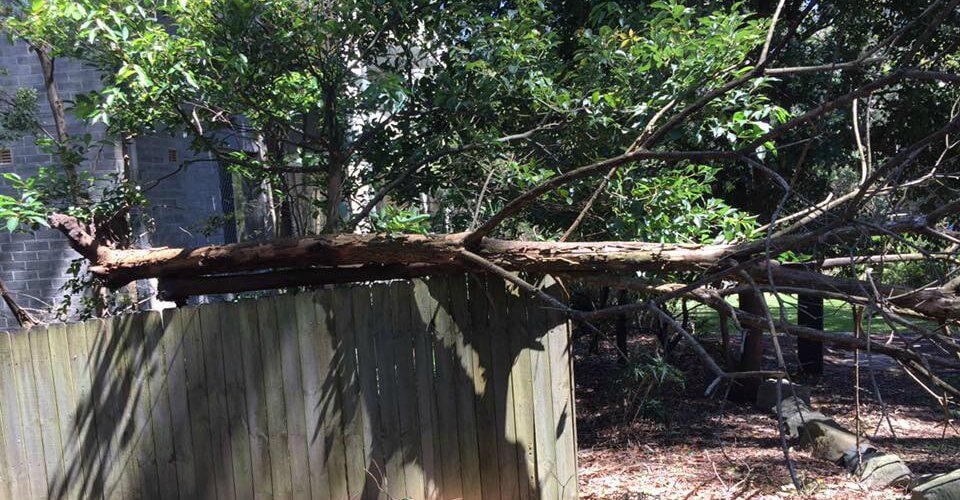 The wind was also accompanied by a dust storm. 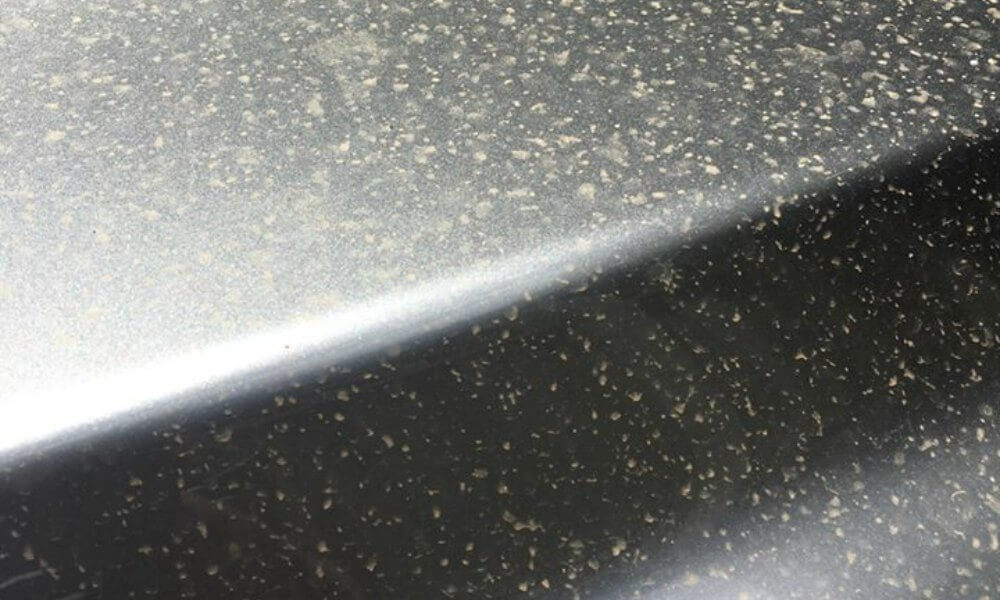 This week an article in www.domain.com noted that Lane Cove was a desirable tree change suburb.  Read More Here 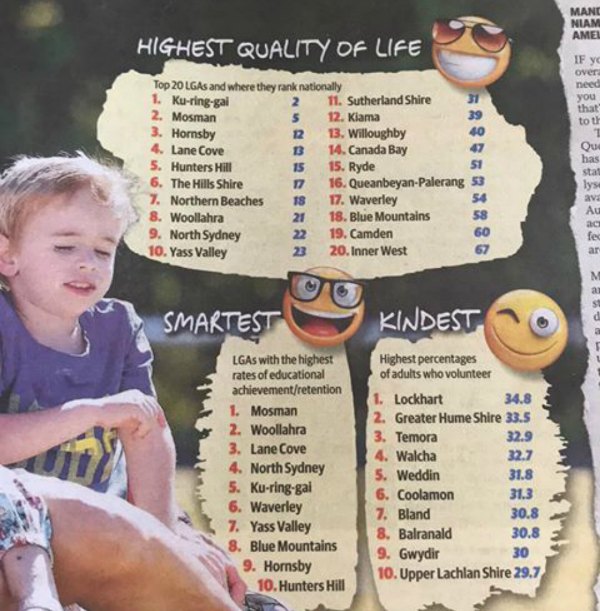 Little Red Robin Restaurant opened in the old pizza hut building in Birdwood Lane.  What a transformation!!  ITC had a chance to sample the menu and it was good. 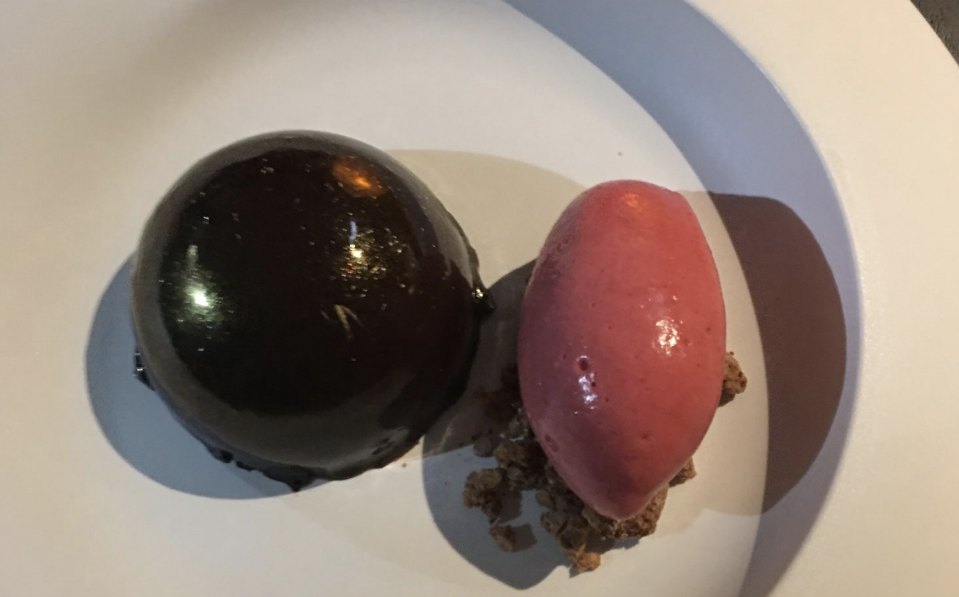 Looks like there is still a long time to wait until the Intersection at Longueville Road and River Road West is upgraded. Below is the response ITC received when we wrote to the RMS for an update on the intersection (ITC even provided photos of the recent accidents). 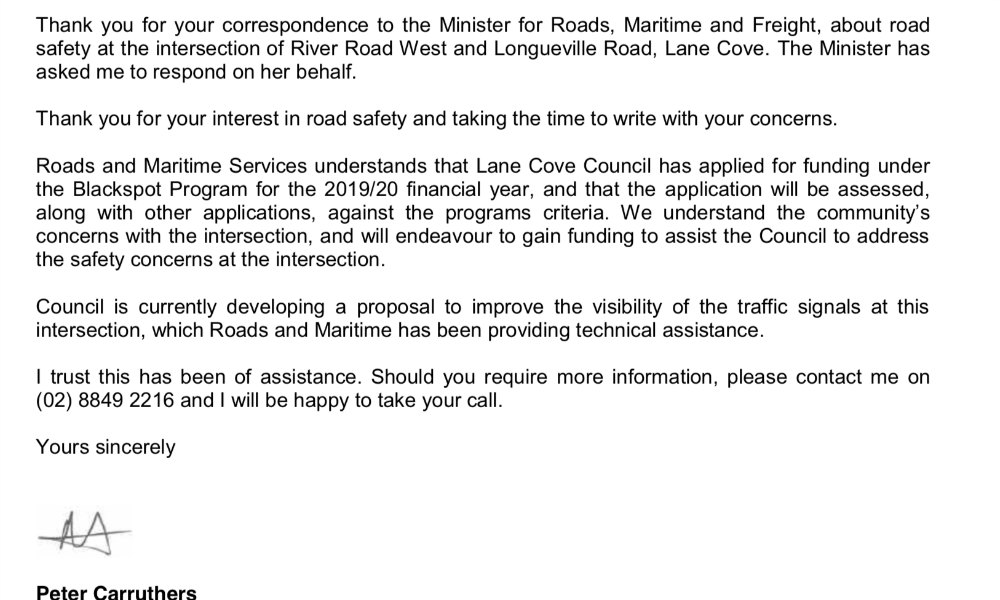 During 2016 Lane Cove Council received a number of representations in regard to traffic safety and rat running issues through the Lane Cove North precinct. Lane Cove Council undertook automated 24-hour number plate surveys to determine the extent of rat running. The surveys indicated that traffic volumes in the precinct were within the capacity for residential streets as specified in RMS Guide to Traffic Generating Developments 2002.

In 2018, Council received further representations from the residents in Lane Cove North.  As a result, at the September 2018 Council meeting it was resolved that Council: –

“1.   Consult with the residents of Karilla Avenue, Parklands Avenue, Kyong Street and Landers Road or the same as the previous consultation (or whichever is the greater) regarding:-

iii.  Provide that any traffic island should still allow access to the school bus route provided by Sydney Buses; and

For the Lane Cove North area:-

Given the safety concerns the Lane Cove Council did not agree to a partial road closure. They agreed to the following:

Well done to the LCJRU for electing their first female President Sally Tremlett. Sally has been working hard behind the scenes for years putting in place great LCJRU activities like the Lane Cove Summer Series. ITC looks forward to working with Sally to promote LCJRU in Lane Cove (we love supporting all sport). 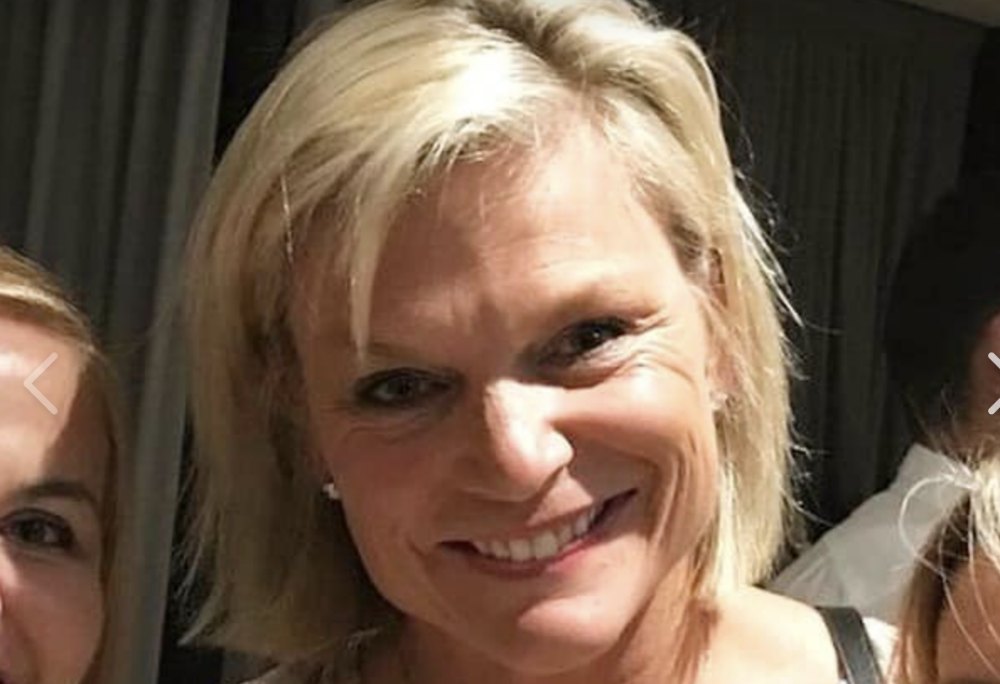 Many of you may have seen an Article on In the Cove about Riverview Student Alex Noble who suffered a tragic injury during a training session. A Go Fund Me Page has now been set up. More info here. I Fight You Fight. 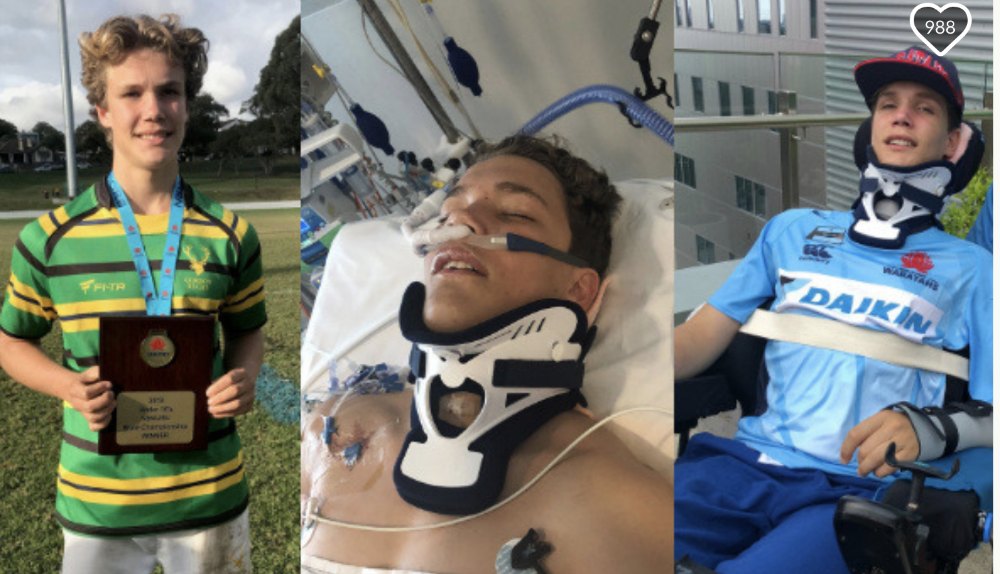 Several ITC followers asked ITC to investigate why the slide at Burns Bay Reserve had been out of action for months. A spokesperson for Lane Cove Council advised:

The slide at Burns Bay was closed off for safety reasons as it had significant unrepairable damage. The playground itself is nearly 20 years old and the manufacturer of the playground is no longer around making sourcing spare parts (like a slide) very difficult.

Another manufacturer was able to custom make a safety panel to install after removing the slide but when it arrived it didn’t fit appropriately so we sent it back to be re-manufactured. This is why there was a delay to the slide panel going up (previously it was the tape like your photo). The safety panel was installed on 30 October, but it was to block off the access to where the slide was. The slide itself cannot be replaced onto that unit as it is so old – we are currently sourcing a whole new set of equipment for that site.

In short, there will be no slide replaced but rather a whole new set of equipment. The current equipment remains available for use. 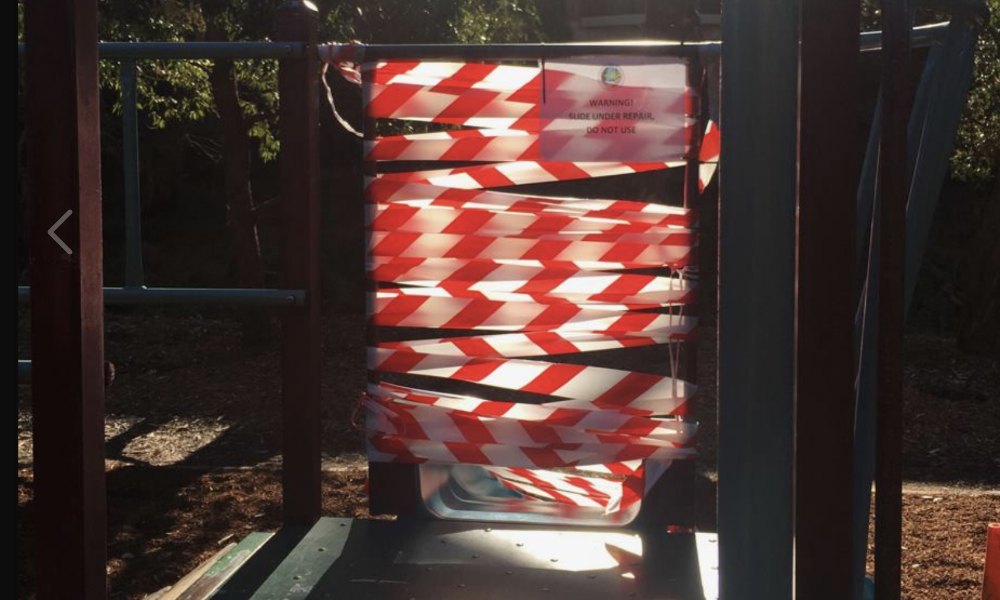 Beware of a Fake Coat Scam

A roving reporter advised us of the following scam:

When returning to my car in the Council Civic Centre car park I was called by the driver of a white SUV who stopped immediately behind me asking for directions to International Airport. He explained he was Italian from Milan, he had a map in hand and said his GPS was out of action. He spent some time engaging me in conversation which seemed strange for someone keen to get to the airport. He started to explain that he had some high brand Armani coats he would like to sell at a huge discount rather than pay duty on them in Italy. I was suspicious and cut him short of taking the conversation further. He gave me his card Mr Marco.G Milano. On returning home I googled him and sought further information – it all led to stories from around the world (not in his name) but with an identical modus operandi. The coats are cheap fakes.

This week we have had several people contact and say their car was hit when it was parked and the driver who hit the car has failed to leave a note.  Do you have any information on the following

If anyone sees any dark blue cars around the area with a big piece out of the front bumper would they please contact the Chatswood Police. 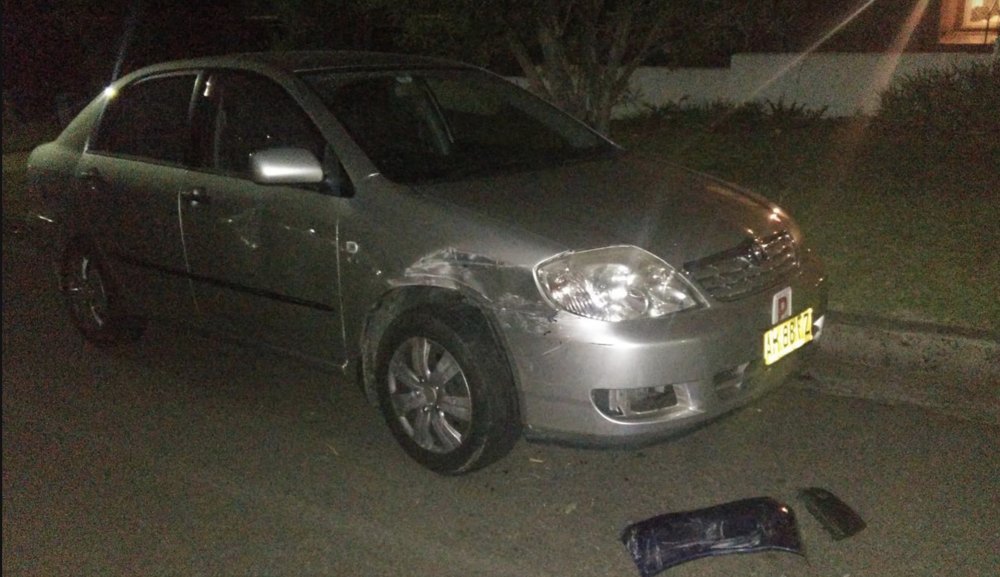 An ITC follower has asked for some assistance:

A driver reversed into my car yesterday morning whilst I was waiting for him to reverse park and then knowing exactly what he had done he drove straight off. He has caused a huge dent in my car. I have the make and model of the car however the number plate is a couple of digits out…I know he was delivering Uber Eats in Centennial Ave to the units there.  The Police said I need to find out more number plate info. I need info of the customer who ordered Uber eats breakfast delivery at 8.10am Saturday and live in Centennial Ave Lane cove north. and on their tracking info it would have said Silver Toyota Corolla Seca 2001Any leads would be fabulous in tracking down the exact number plate. I know it may be a long shot but the fact that it was a breakfast delivery may narrow it down.  Please email here if you can help.

If your car was damaged on Saturday in Little Street at approx 1pm please email here as we have some information for you.