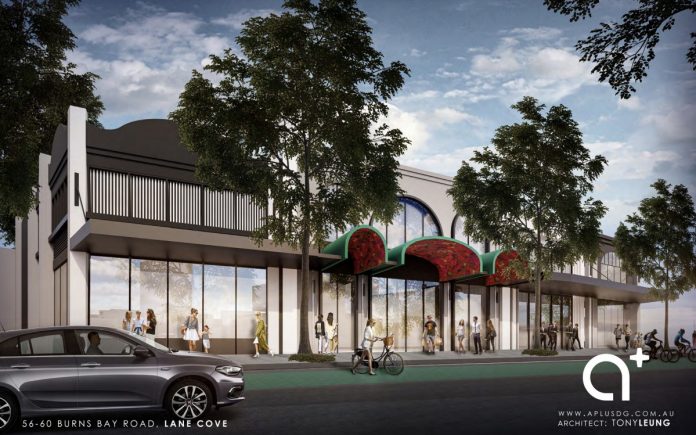 The Developer has now lodged some new less ambitious plans which result in a renovation and refurbishment of the site.  The Developer is Sun Property Pty Ltd (SP).

New plans have been lodged to basically renovate and refurbish the existing centre (see our cover photo).

This proposal will result in alterations to the existing premises to allow for:

This proposal will also result in an upgrade of Burns Bay Road building façade. While the current application seeks consent for building works to facilitate the proposed land uses outlined above, separate applications detailing tenancy use, fit-out, hours of operation and hours of trade will follow once final occupiers have been secured.

There has been a hot rumour that Harris Farm is interested – we asked Harris Farm to comment, but they have not responded.

• Demolition of the existing glazed roof;

• Demolition of the existing shop front, awning and pedestrian access;

• Installation of travelators, lift and stairs;

• Demolition of internal walls and alteration to the floor layout resulting in:

The proposed works will result in a reduction in a 610sqm of building nett leasable area and a corresponding reduction in car parking from 44 spaces to 37 spaces, primarily as a consequence of providing new travelators, a lift and stairs to connect with the lowest parking level. Other than the abovementioned changes to car parking number, the car park layout and circulation arrangements will be unchanged. Furthermore, all vehicular access to the site will remain unchanged.

Pros and Cons of New Plans

The Good news is that this development will:

The Bad news is that: 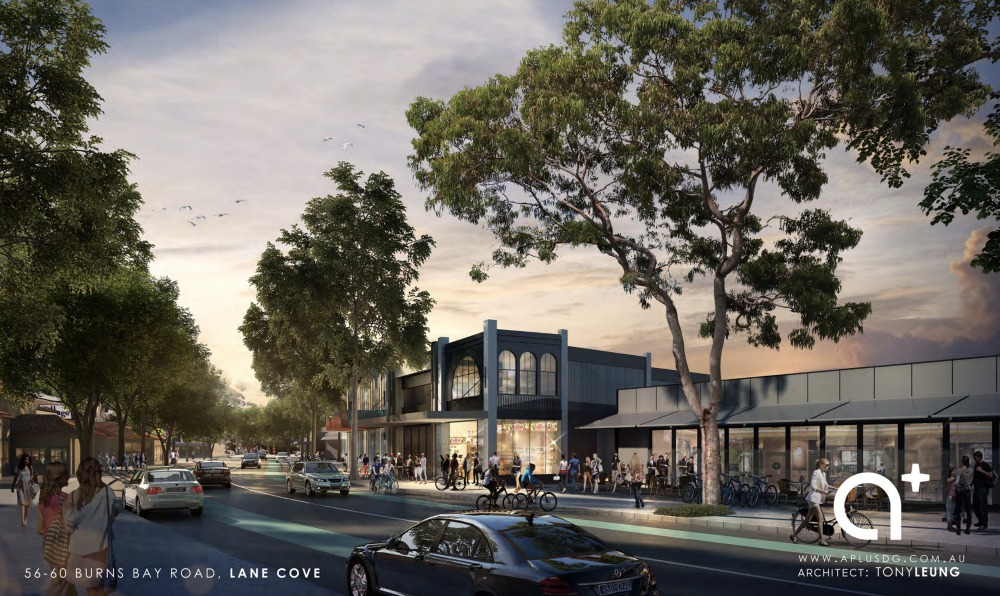 The Developer has consent for the demolition of existing structures, and the development of the site for Mixed Uses incorporating:

SNPP gave the following reasons for approving the redevelopment plans:

Benefits of the Redevelopment

There were to be another 99 public car spaces.

In total there will be three levels of basement parking with 142 car spaces (43 allocated to residents and their visitors), ten motorbikes spaces and 13 bicycles spaces.

Sera Street was to be improved, and the current council car park was to be demolished.

Want to know more about Lane Cove businesses?  Read our September business round-up here where we let you know about businesses that have opened, closed or relocated and businesses for sale or lease.