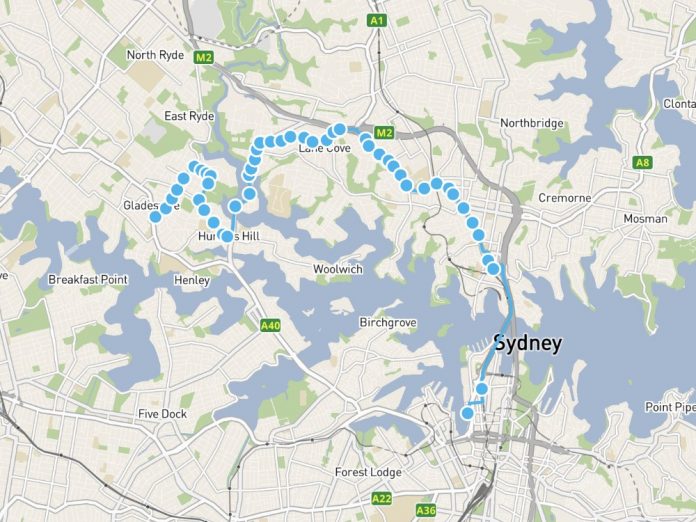 As a parent of a school child, who regularly uses the 252 bus, to travel from school (particularly if there is open campus so she is not travelling during the time that dedicated school buses depart) the incident below is quite shocking.  During the day the 252 bus is used extensively by senior citizens.  The 252 route services Gladseville to King Street Wharf via North Sydney and travels along Burns Bay Road and through the Lane Cove Interchange.

About 2:45pm on Monday 25th March a 19 year old Strathfield man was assaulted while travelling on board the 252 bus along the Pacific Highway, St Leonards.

The random and unprovoked attack occurred shortly after the Strathfield man boarded the bus at St Leonards TAFE. He was approached by a male offender that was already aboard the mostly empty bus and verbally abused before being headbutted.

The offender is described as Caucasian, about 180cm tall, approx. 30 years old wearing a blue bucket hat, blue jumper, blue shorts with a tattoo on their left leg.

Police are asking for anyone that may have information they believe could assist with enquiries to please contact North Shore Police Command on 9414 8499 or Crime Stoppers (1800 333 000 or www.crimestoppers.com.au).

This morning around 7.40am my 16yo daughter was assaulted on Artarmon station on her way to school.

An older man (she said around 60) shouted, abused and pushed her close to the edge of the platform towards the tracks “for getting in his way”. She said she was more than 2 metres away from him and that he just surged towards her.

He abused her, her school (he knew the name of the school) and threatened her life. She was terrified.

Apparently there were a lot of witnesses. She said they were watching and “looked shocked” but “did nothing to help”. This upset her as much as the assault.

If you or anyone you know witnessed this assault this morning please contact me so we can give police as much information as possible.

And tell your kids to stand back from the yellow line. There are some angry people around. My daughter thought he may have been on drugs he was so aggressive.

Can I please ask anyone responding to focus only on information relating to the incident. Thanks 🙏🏻”

If you have any information about the above please also contact the North Shore Police Command.