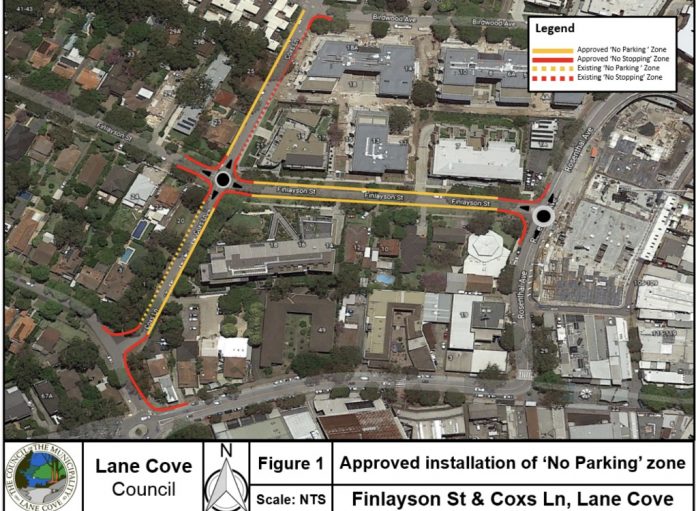 Lane Cove Council has notified residents of Finlayson Street and Coxs Lane of permanent changes to street parking in Finlayson Street and Coxs Lane in preparation for the opening of The Canopy carpark in December 2019.  The Canopy will have 500 car spaces and there will be early bird parking on the lower level. Read more about early bird parking here.

The following traffic changes will be introduced (see our cover photo)

Lane Cove Council has stated installing ‘No Parking’ zones will allow safe passage of two-way traffic on these streets.

The construction of the roundabout at the intersection of Finlayson Street and Coxs Lane will commence when the current construction traffic diversions are no longer in place. The roundabout will act as a traffic calming device to improve safety at the intersection and reduce traffic speeds along Coxs Lane. The speed of the vehicles in Cox’s Lane will be monitored once The Canopy is open to determine if further measures are required.

Lane Cove Council noted these changes will impact residents in the immediate vicinity, however they will make a significant contribution to ensuring appropriate traffic flow to accommodate The Canopy and Village Centre traffic generally.

The new traffic lights at Burns Bay Road/Tambourine Bay/Cox Lane will not be installed until after The Canopy is open.

In May 2017 Lane Cove Council resolved to implement the following traffic changes: 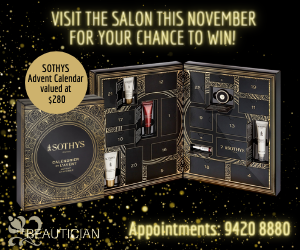