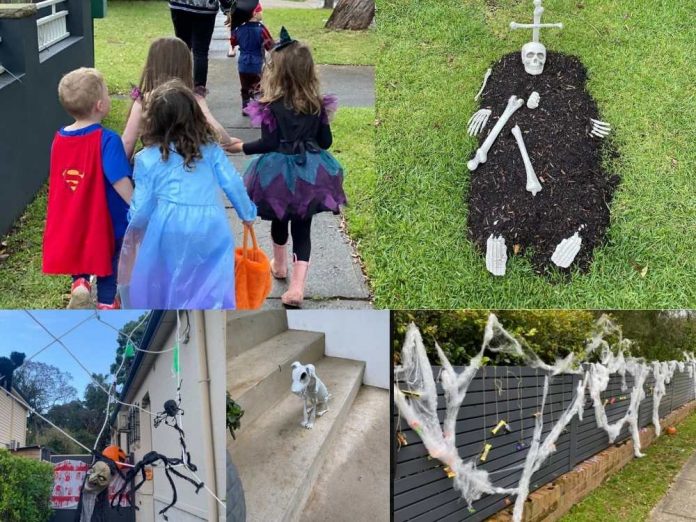 Wow-what a wet old week.  ITC can’t remember such a cold, wet week in late October like this for a while and certainly can’t remember a wet trick or treating night.  This year Halloween was going to be different with COVID19, but the wet weather meant there were fewer parents and children out on the street on Halloween night.

Who would have thought that a small post on ITC Lane Cove Chat would have sparked national and international news?

“Just heard neighbourhood dogs going crazy and looked out the window to see a black cow come crashing out of Wararoon Reserve and go running down Karingal Road. 🤯”

Another roving report immediately thought to contact St Ignatius College Riverview and ask if one of their animals was missing.  A young steer was missing, and the school, police and Lane Cove Rangers were all out looking for the steer.

The college asked ITC to ask our followers if they had seen the steer.  Unfortunately, there were no further sightings, as at Sunday 1 November 2020, the steer is still missing.

The following statement was released by Saint Ignatius’ College Riverview and is the latest information.

“A 12-month-old black steer that recently arrived at Saint Ignatius’ College Riverview, as part of the College’s Agricultural program, broke through one of the stock-proof fences late last night. The steer is currently missing and was last sighted in the Lane Cove area. We have alerted the appropriate authorities and are working to locate the steer for a safe return back to the farm.

The College has concerns regarding the welfare and safety of the animal as well as concerns for any potential injury that may be caused to any member of the local community which may be incurred due to the steer roaming in a highly urbanised area.”

The school has not released any further information about the steer. 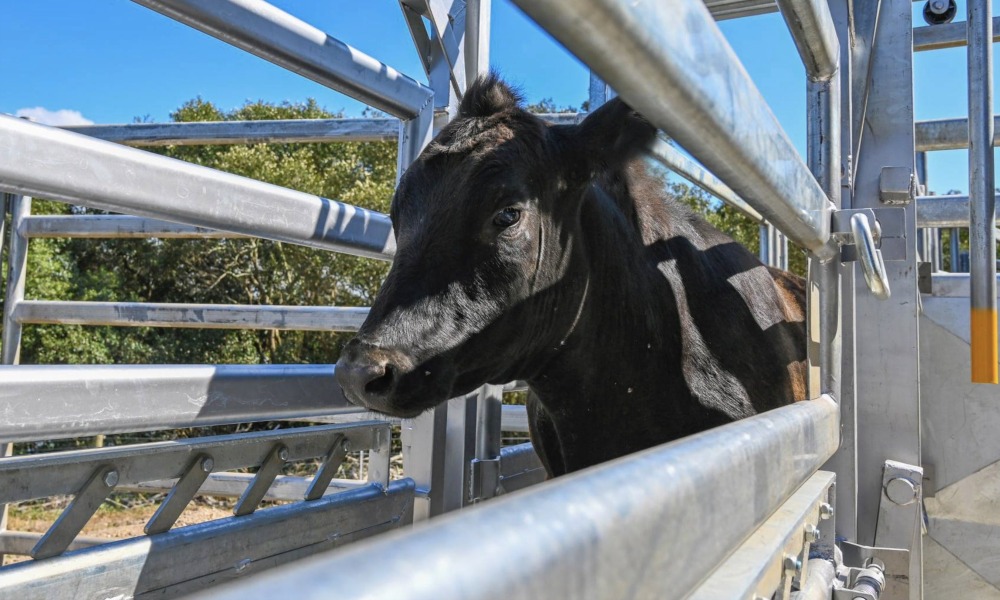 The strong winds and wet weather continued all week.

On Monday Lane Cove Fire and Rescue were called out after a tree came down on Greenwich Road. 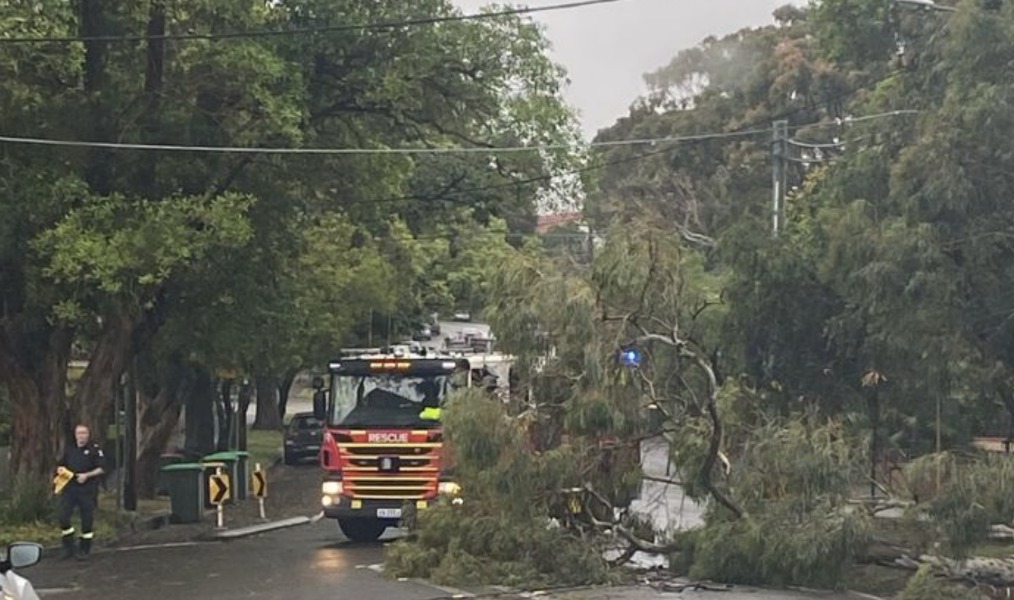 The rain was quite heavy, and unfortunately, the team at @laprovenceespresso opened up on Thursday morning to find water damage.

They told us the following:

“We are sad to say we will be temporarily closed. We got an unfortunate shock this morning coming into the cafe and finding this 🙁 We will keep you updated as we work to reopen. Thank you for your support 💜 #stormdamage #inthecove #😔😔”

They have had to close before due to storm damage and also COVID19. When they reopen, please support them as they are a local business doing it tough. They have great coffee.

The awning at the old Riverview Vet also suffered storm damage, it was fixed quickly and now looks a little bit worst for wear.  The building will be demolished to make way for an aged care facility if the relevant DA is approved.  Read more here. 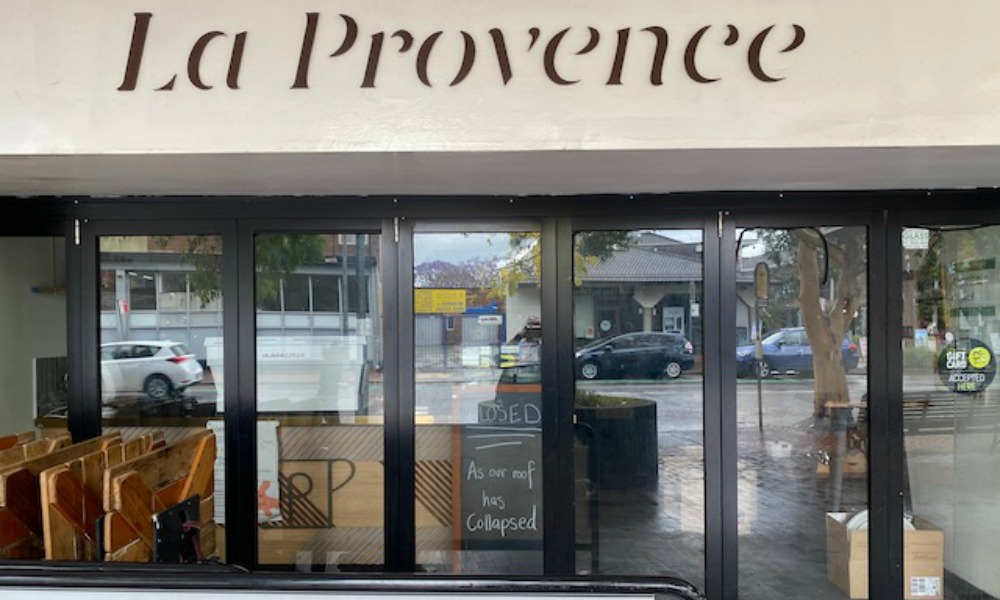 On Sunday morning there were lives wire down on the road in Carraya Street Riverview.

This is what a roving reporter told us.

“Please be careful if near 10 Carranya road Riverview. Live Wire down from the storm. My husband reported on his morning walk. Concerned as he saw people walk right up to it. It’s been lodged and reported. But recommend not walking or driving over a live wire.”

Wow, eight years young and still bringing you local news and as it happens!

Who knew that 8 years ago, our humble first post on the first day of November 2012 would transform the way Lane Cove’s 40,000 residents received their news, information, laughs, tips and updates.

Today because of you; little In the Cove is a local news and media platform with a huge social ethos and community focus.

Thank you to all the local businesses who have supported us by advertising with us and becoming a designated ITC Business Supporter.

Thank you to the charities, sporting groups and community organisations who inform us and work with us and tell people about us.

Thank you to every single ITC follower you are our sharp-eyed roving reporters helping to keep In the Cove – In the Know.

Read more about our most memorable stories here. 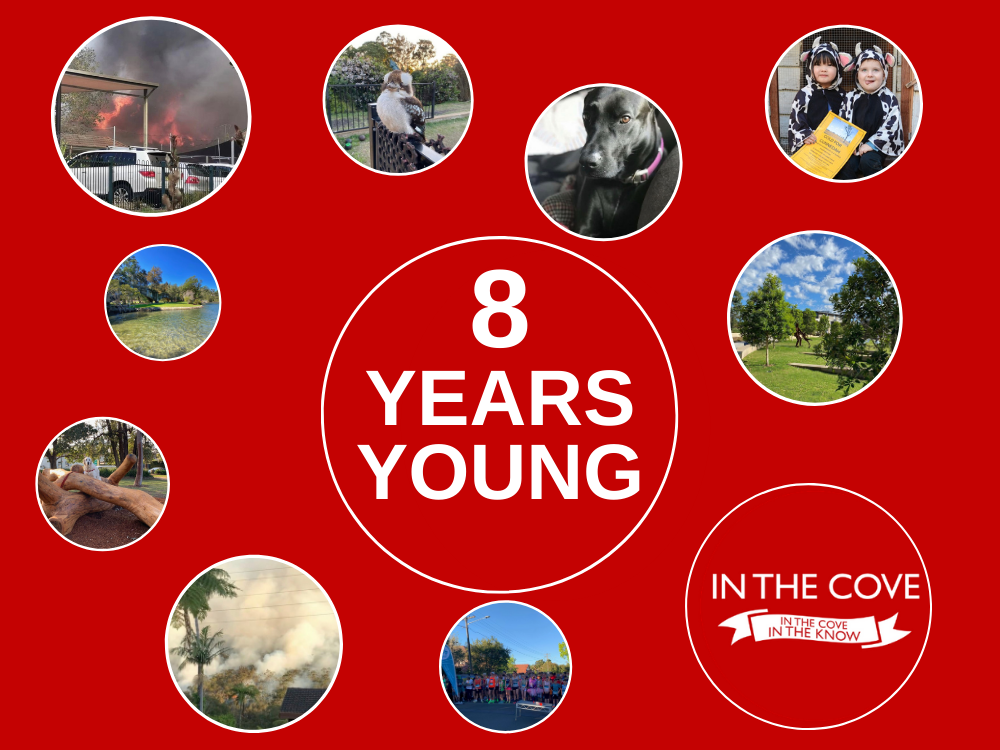 ITC loves a baby photo.  Last Friday, our local state member Anthony Roberts and his wife Alicia welcomed their fourth child into the world.  They now have four boys!!! Below is little Joseph who is already a north shore local – he was born at North Shore Private Hospital.  Mum and bub are doing fine. 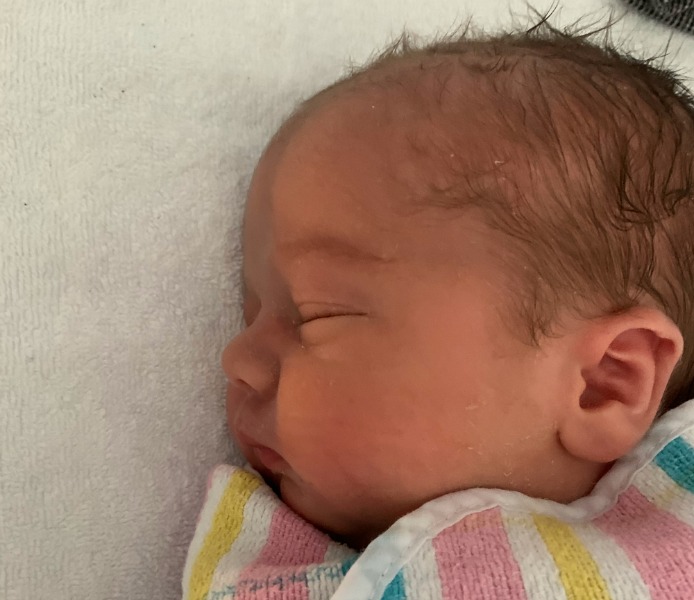 Did Lane Cove Dodge A Bullet?

Over the weekend the Sydney Morning Herald published an article on amalgamations and councils overspending.

The article included the following:

“The NSW government’s controversial council merger policy is in crisis, with the 20 amalgamated councils losing $1.03 billion in three years and ratepayers facing hikes in rates and cuts in services.

And as some merged councils battle for survival, others are under fire for overspending and mismanagement of questionable projects – including Bayside Council, which spent nearly $7 million of a government grant on astroturf in two neighbourhood parks, and Inner West Council, which spent almost $10 million on an IT project without going to tender.”  Read the article here

In the Cove is all about shopping local, eating local and being local. However, sometimes you have to leave Lane Cove and go the short distance to Artarmon (or as we like to call it Lane Cove East) to visit HomeHQ Artarmon.

Home HQ has 25 stores in the centre and includes home decor, furniture and personal technology. The big news is that when you’re at Home HQ, you will now be able to visit Acre Artarmon – a farm food inspired cafe, bakery, bar, restaurant and event space.  Read more here. 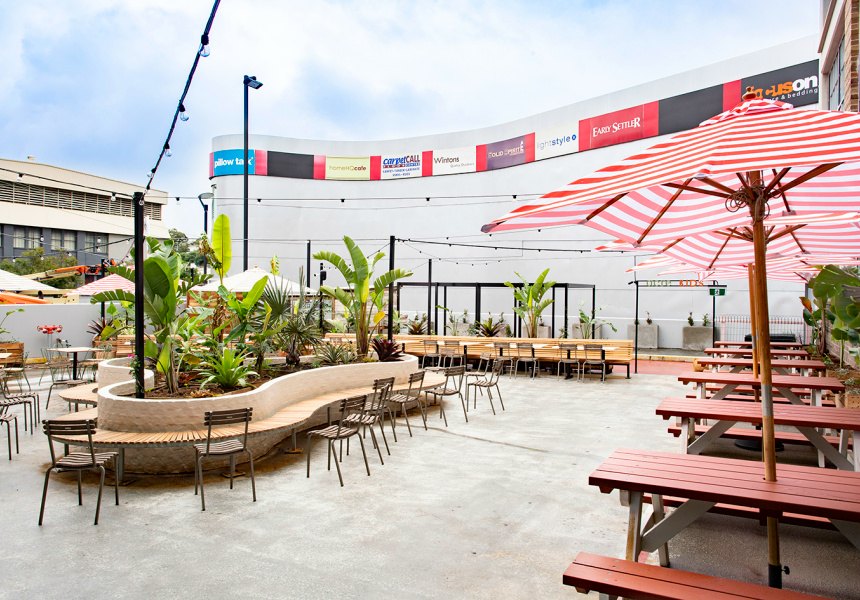 An ITC follower has launched a petition about the merger at Gore Hill.  The ITC follower told us the following:

“A few weeks ago I learned that I was not the only one who fears the merge onto the Gore Hill Freeway from Reserve Rd.

The one just before you go under the Pacific Hwy and hit Lane Cove.

Thanks for your input and support. Please sign this petition and share it with your friends so we can get our state pollies and bureaucrats to do the right thing and fix it.

Even if your friends don’t have Facebook, you can send them the link: http://chng.it/dMzpqncvPF

Signing takes about a minute and costs nothing.

Let’s get this done.” 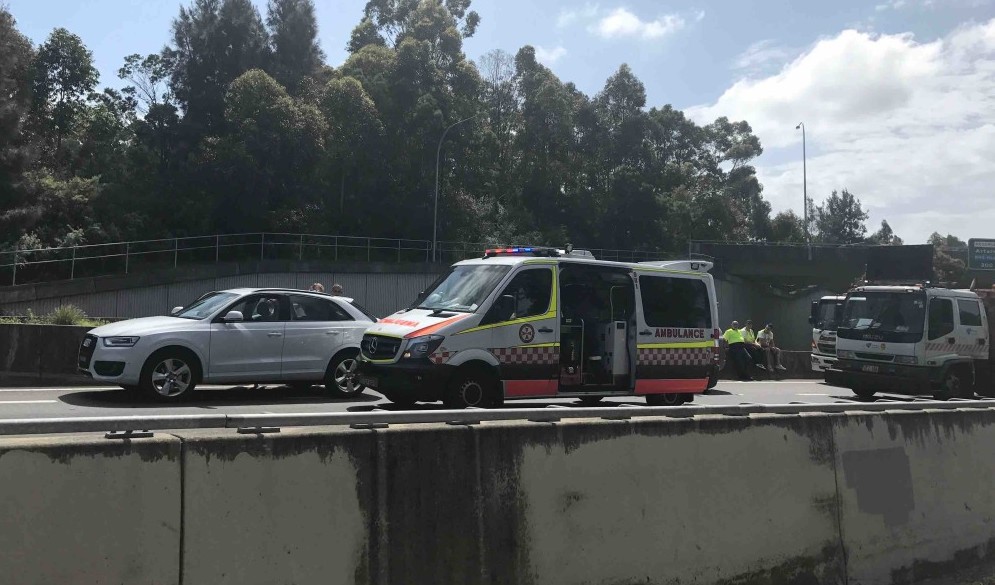 The Melbourne Cup is nearly here. Have you decided what you are doing on the day? We have heaps of options in our Melbourne Cup Guide here.

Grab some tips from Melbourne Cup Max’s. Max Hitchins is Melbourne Cup Max.  He is one of Australia’s leading experts on the race. Max knows that many Australians just want to be able to say “I backed the winner of the Melbourne Cup.”  In 1987 he decided to find a better and less costly format to be able to do this.  Max decided to see if he could whittle the likely chances down to just six horses instead of 24. He then advises “Have a small each-way bet on these six horses, and you should be able to say you backed the winner of the Melbourne Cup.”  Max’s system has worked 26 out of the last 32 years. Not perfect…but not bad!

You can read more about Max here. 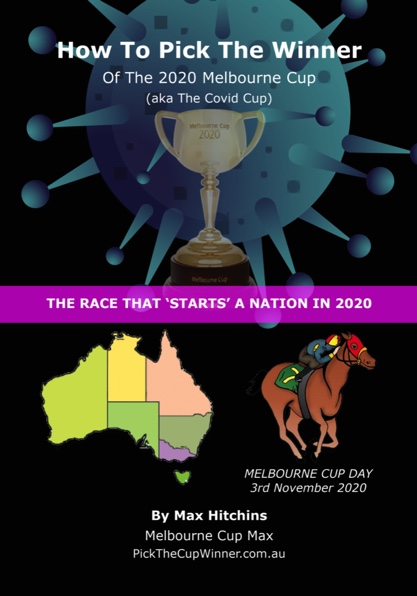 Wishbone Presents: A Conversation With…

Ronni Kahn is a South-African-born Australian social entrepreneur and founder of the food rescue charity OzHarvest. She is an advocate, lobbyist and activist renowned for disrupting the food waste landscape in Australia. She appears regularly in national media, serves in an advisory capacity to government and is a keynote speaker all over the world. Her mission towards sustainable action is supported through close collaborations with some of the world’s finest chefs, including Jamie Oliver, Massimo Bottura, Neil Perry and Bill Granger. Ronni is an Officer of the Order of Australia (AO) and was named Australian Local Hero of the Year in 2010. In 2018, her journey became the subject of a feature film, Food Fighter, directed by Dan Goldberg.

Join us in the courtyard at Garibaldi Village for a conversation with Ronni Kahn followed by a Question & Answer session from the Audience.

Ticket price includes event entry, a glass of wine and a copy of Ronni’s new book.

Our week in review is sponsored by Porters Liquor Northwood. The party season is coming up (with appropriate social distancing and gathering limits).  Porters can provide all your party needs (glasses and ice buckets) with free delivery.  Porters is a family business celebrating 40 years in Lane Cove read more here. 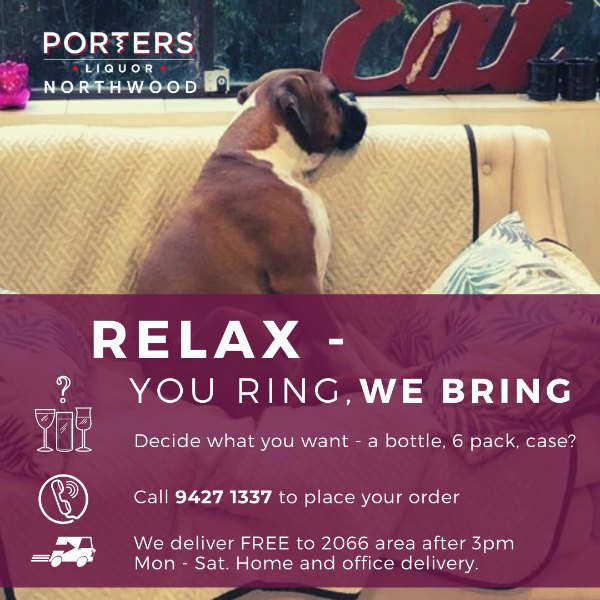 Porters Liquor is an ITC Sponsor, and without the support of our sponsors, we could not provide local news, our community issues advocacy and our charity work. Thank you, Porters.  Please support those who support ITC – bringing you local news without a paywall.